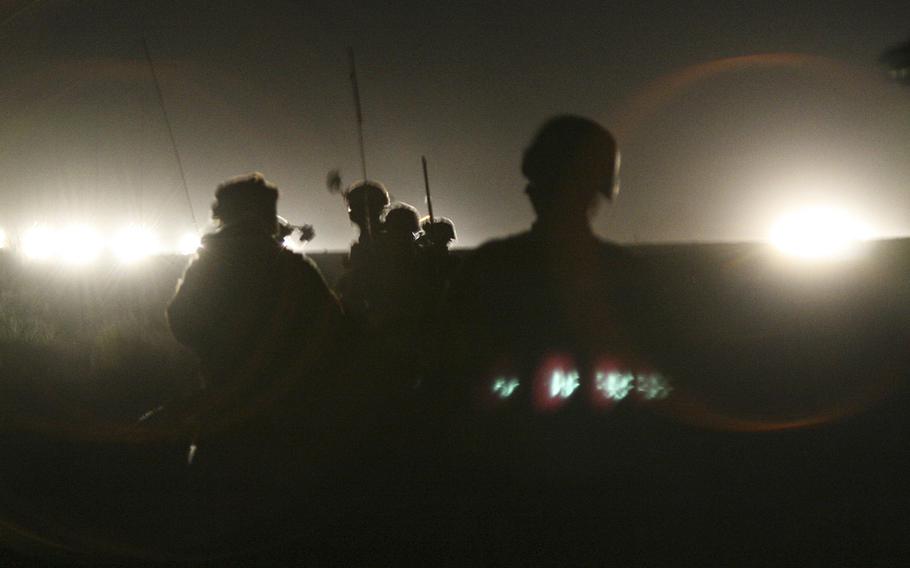 Drew Brown ©Stars and StripesIraq, August, 2007: Soldiers with Bravo Troop, 1st Squadron, 40th Cavalry Regiment, from Fort Richardson, Alaska, walk along a highway as they head out on a night raid targeting Sunni insurgents in the village of Adiwaniya, about 15 kilometers south of Baghdad's Green Zone. The goal of Bravo Troop was to “take away the enemy’s ability to hide among the population” in Adiwaniya, said Capt. Don Braman.