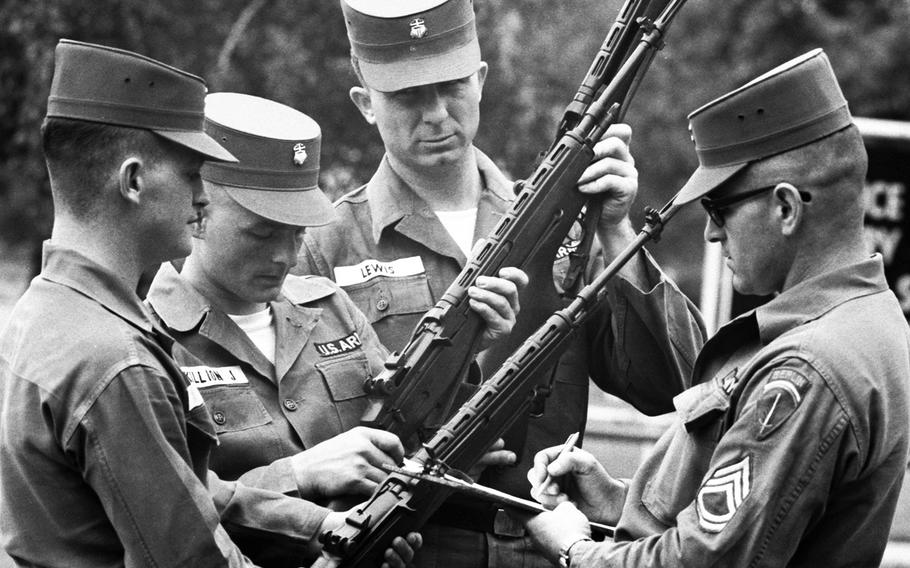 Gene Bane ©Stars and StripesBerlin, September, 1961: Sgt. 1st Class Walter Longanbach, right, supply sergeant of Company D, 6th Infantry, 2nd Battle Group, issues the new, fast-firing M14 rifles to three men of his company. The troops in three companies in West Berlin that received M14s were about to begin marksmanship lessons, followed by range firing; after that, they were to turn in their M1 Garand rifles, the standard infantryman's weapon since 1941. A story about the switch noted that one of the advantages of the new weapon was that it fired the standard 7.62-mm cartridge used by forces of other NATO nations.