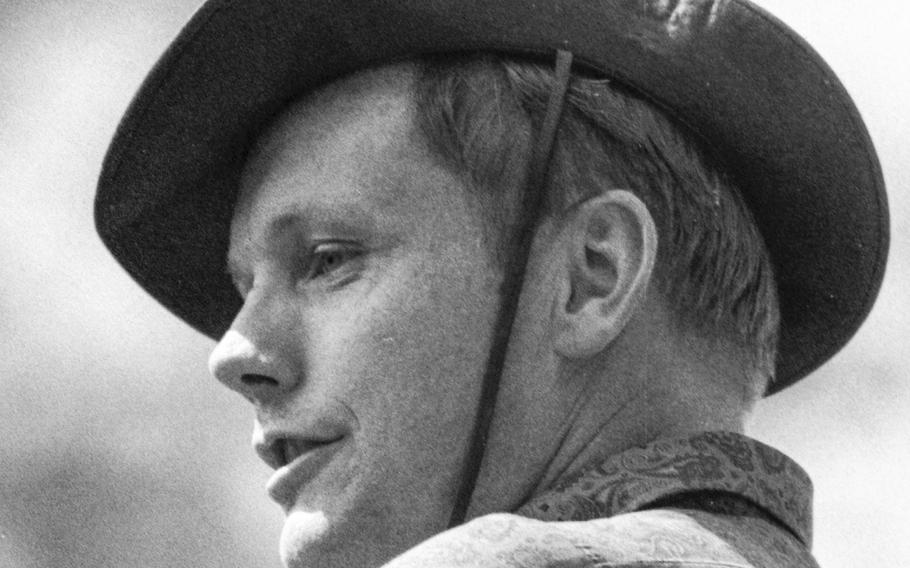 John Beard ©Stars and StripesLai Khe, South Vietnam, December, 1969: Apollo 11 astronaut Neil Armstrong, who became the first man to set foot on the moon earlier in the year, talks to U.S. troops during a surprise appearance with Bob Hope's Christmas show at the 1st Infantry Division headquarters. Armstrong, who flew 78 combat missions for the Navy during the Korean War, was on a goodwill tour in Thailand when he was asked by Vice President Spiro Agnew to make a detour to Vietnam.