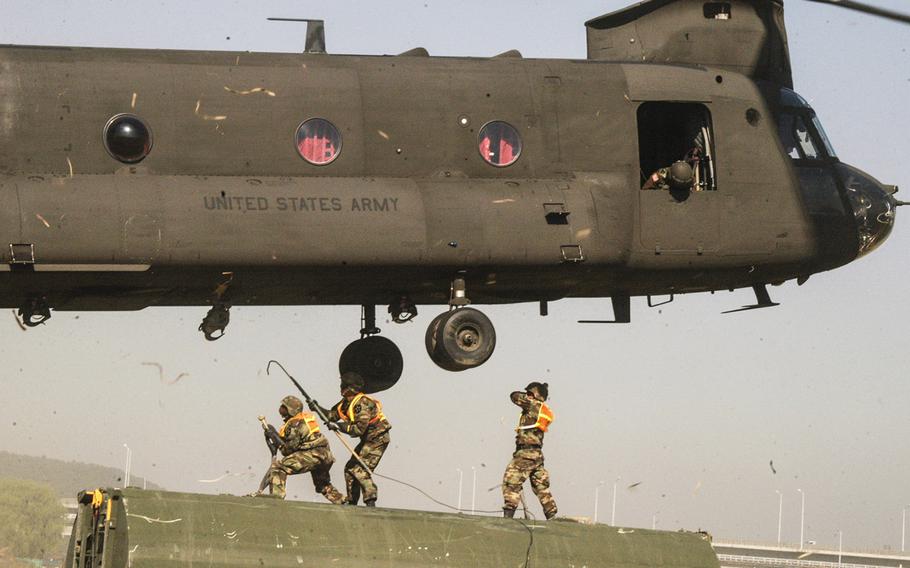 Seth Robson ©Stars and StripesSouth Korea, October, 2004: Soldiers from the 2nd Infantry Division's 50th Engineer Battalion attach a floating bridge bay to a Chinook helicopter during training near the Han River. The helicopters picked up a total of 14 heavy bays from a loading area on shore, then dropped them in the river, where crews using jet boats assembled them into rafts.

RELATED MATERIAL: Stars and Stripes' 2004 story about the exercise.