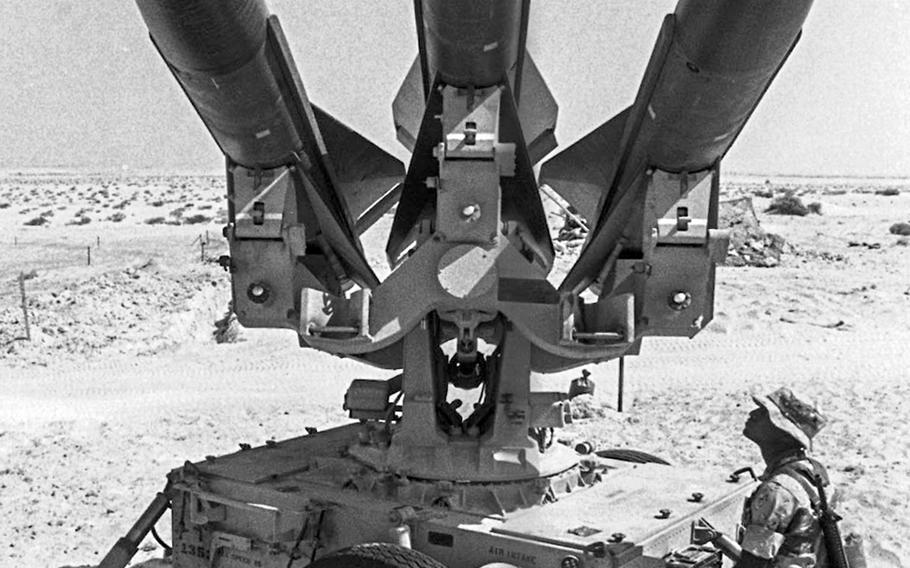 Rob Jagodzinski ©Stars and StripesEastern Saudi Arabia, October, 1990: A Marine from the 2nd Light Anti-aircraft Missile Battalion adjusts the elevation on a HAWK missile battery during Operation Desert Shield, the buildup toward the first Gulf War. Several batteries of the HAWKs — which were best-equipped for low-altitude targets, while the Patriot missiles were geared toward high-altitude targets — were positioned throughout the Arabian Peninsula as a defense against Iraqi air attacks on U.S. forces.

RELATED MATERIAL: Stars and Stripes' 1990 story about the missile batteries.