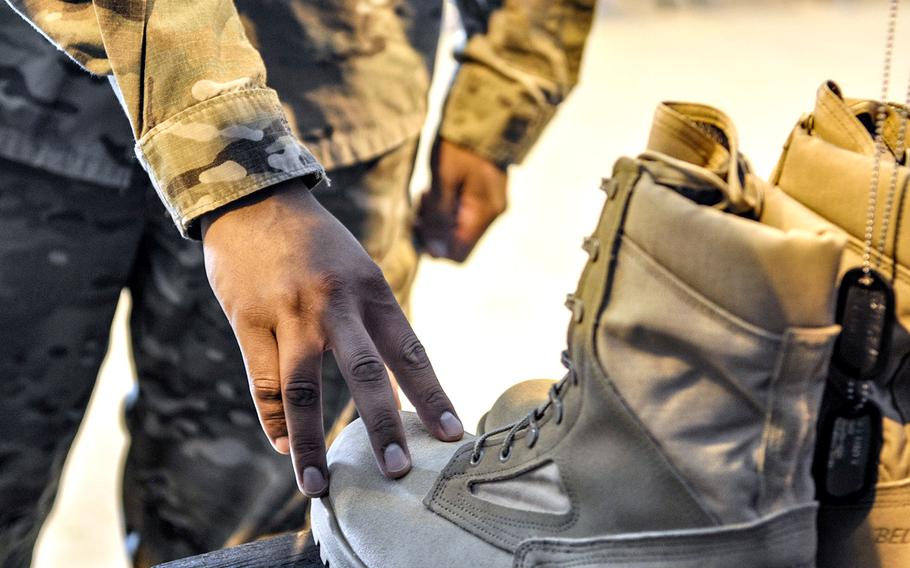 Heath Druzin/Stars and StripesAfghanistan, April, 2010: A soldier touches the boot of Spc. Chris Workman at a memorial ceremony at Kandahar Air Field for four soldiers killed in a Black Hawk helicopter crash in Helmand province. Workman was the door gunner on the flight, which was escorting a medevac chopper on a mission to pick up Afghan policemen wounded in a bombing.

RELATED MATERIAL: Stars and Stripes' 2012 story about the memorial service.