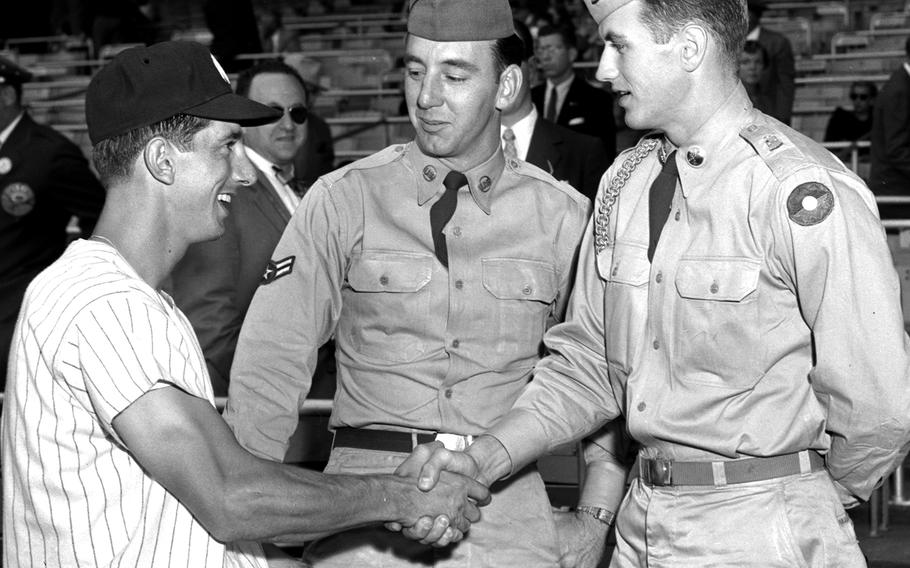 ©Stars and StripesNew York, September, 1955: USAREUR baseball most valuable player Ray Rosenbaum, right, and his USAFE counterpart, George Morgan, meet New York Yankees second baseman Billy Martin before a World Series game at Yankee Stadium. Rosenbaum, of the 39th Regiment Falcons, and Morgan, of the Bitburg Barons, were selected through an MVP poll conducted by Stars and Stripes, Pan Am Airlines and Spalding Sporting Goods. In addition to Series tickets, their reward also included lodging at the Waldorf-Astoria, tickets to Broadway shows, and media appearances with the likes of TV pioneer Dave Garroway.

RELATED MATERIAL: Stars and Stripes' story about the two MVPs at the 1955 Series opener.