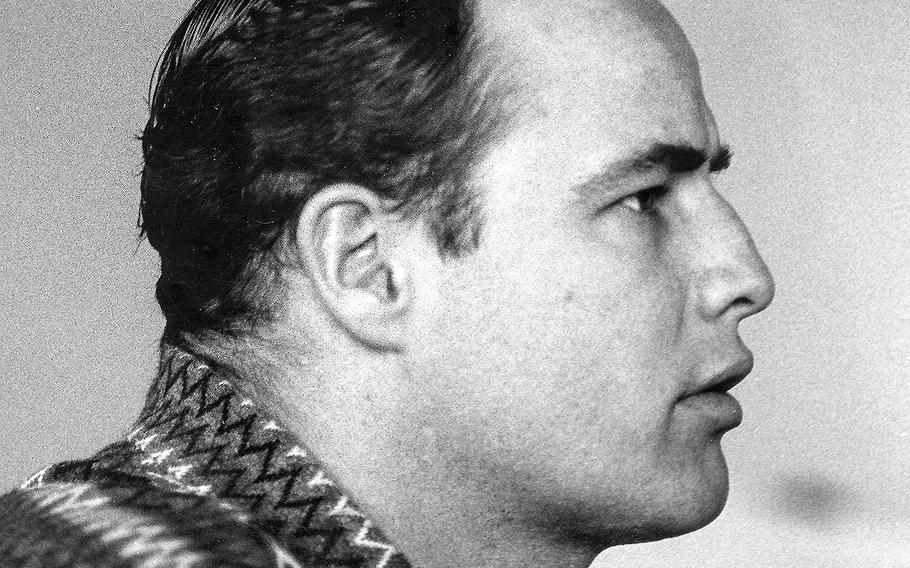 Hank Simons ©Stars and StripesKyoto, Japan, January, 1957: Actor Marlon Brando is interviewed by a Stars and Stripes reporter during the filming of the Warner Bros. film, "Sayonara."