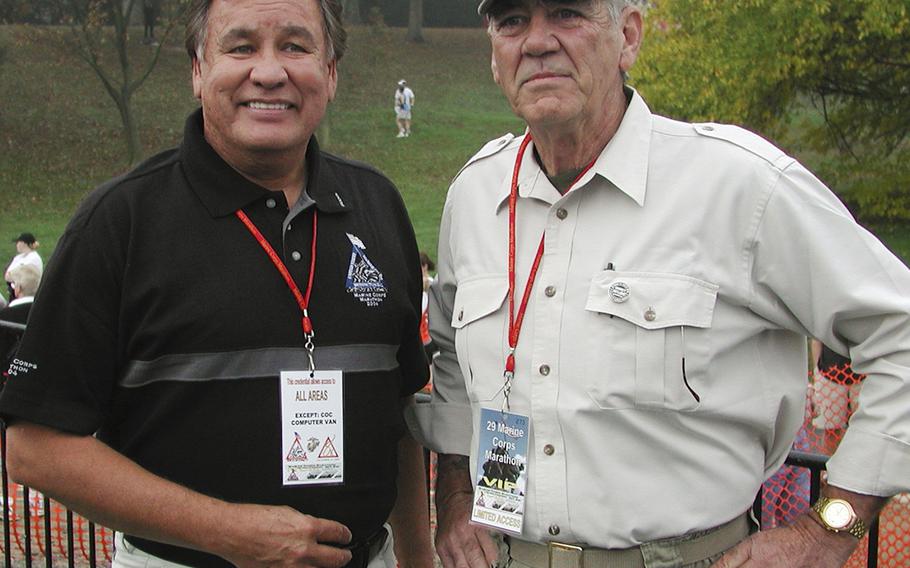 Joe Gromelski ©Stars and StripesArlington, Va., October, 2004: Serving as official and honorary starters, respectively, at the 29th Marine Corps Marathon are a couple of Marine veterans, Billy Mills, left, and R. Lee Ermey. Mills, the 1964 Olympic gold medalist in the 10,000-meter race, is now national spokesperson for Running Strong for American Indian Youth. Ermey has acted in dozens of films, most prominent among them "Full Metal Jacket," where he played a drill instructor — which he was in real life.