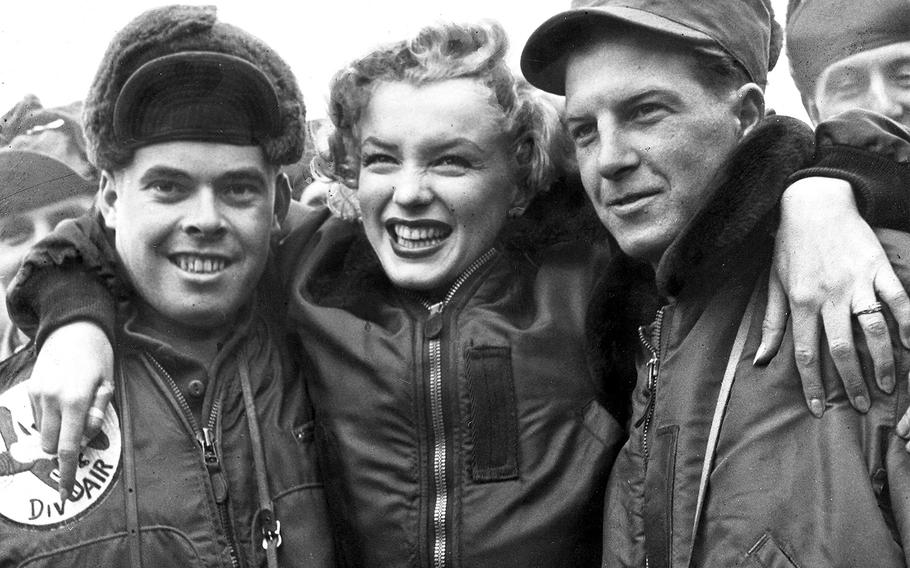 Bob Jennings ©Stars and StripesKorea, February, 1954: Actress Marilyn Monroe poses with Pfc. John Fenesy of Caldwell, N.J., left, and Cpl. Dick Armstrong of Williston Park, N.Y., at the 3rd Division ("Rock of the Marne") airstrip. Armstrong was the crew chief on the helicopter that brought the star to her show, which drew thousands of servicemembers.