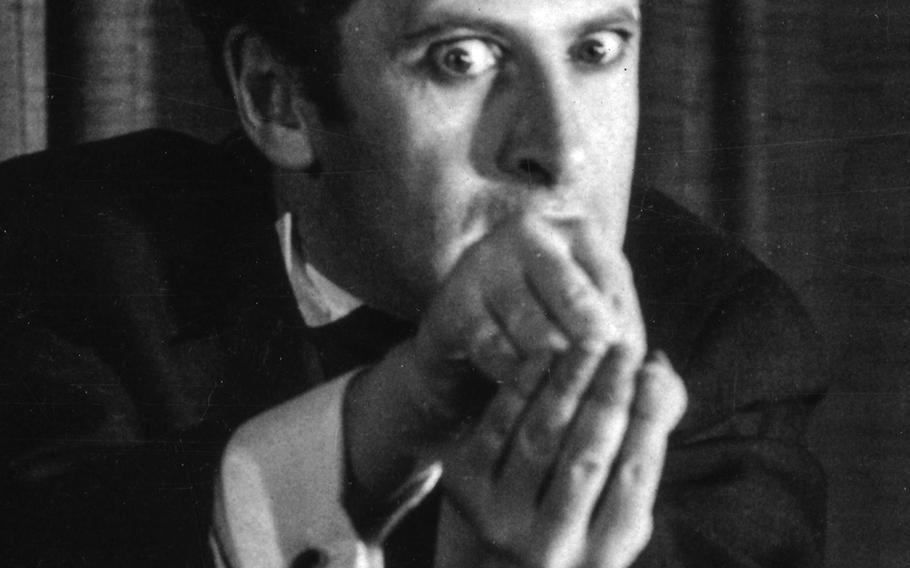 ©Stars and StripesTokyo, December, 1955: Marcel Marceau, hailed as "the greatest living exponent of the mime," strikes a pose during a photo session to promote his 10-performance booking at Tokyo's Sankei Hall. Although silence was his onstage trademark, he did talk about his profession during a gathering at the Tokyo Press Club. "Everywhere I go, I find a great understanding of the mime," he said. "I do not find French or American laughter and tears ... but the laughter and tears of people as a whole." Regarding a recent tour of the U.S., Marceau said the "American critics seemed to understand what I was doing. They knew the history behind the mime as it is performed today."