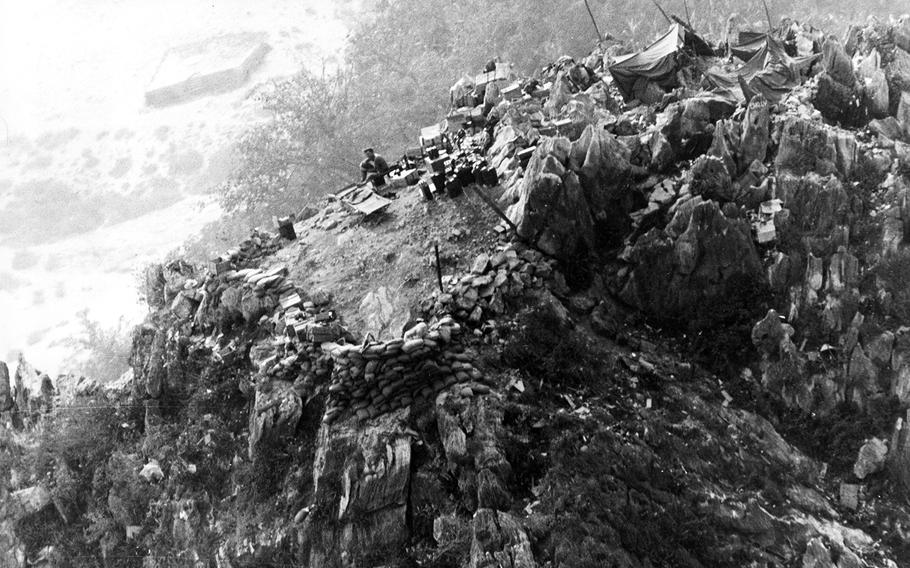 Michael Kopp ©Stars and StripesSouth Vietnam, May, 1969: Special Forces troops maintain a watch over the area south of Da Nang from atop one of the Marble Mountains, In spite of the presence of U.S. soldiers atop three of the six peaks rising out of the coastal flatlands, Viet Cong troops were also holed up in caves in the marble.

RELATED MATERIAL: Stars and Stripes' 1969 story about the Marble Mountains.