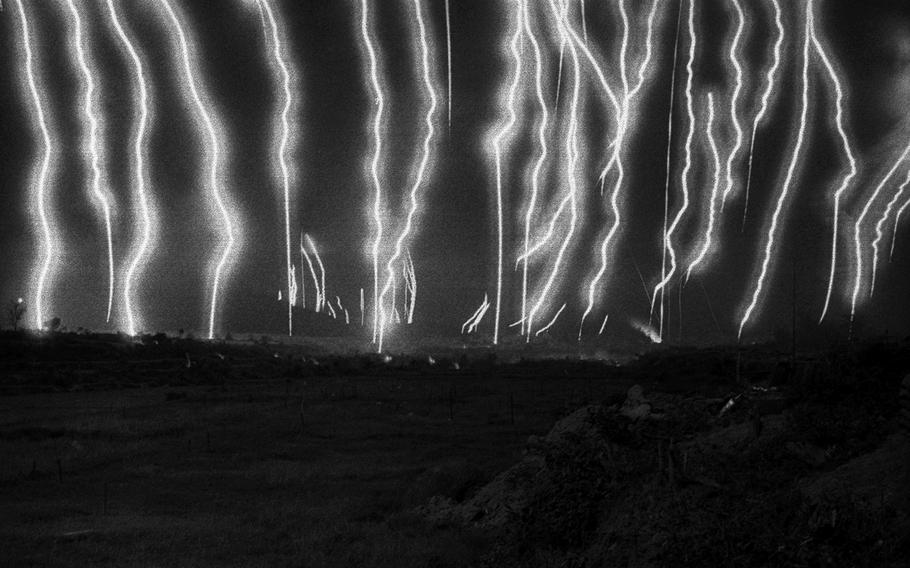 John Olson ©Stars and StripesSouth Vietnam, January, 1968: Illumination rounds fill the sky over Landing Zone Ross, a staging area for U.S. operations in South Vietnam's Que Son Valley. The rounds were fired during a "mad minute," in which the area outside the perimeter was lit up in anticipation of an enemy attack.