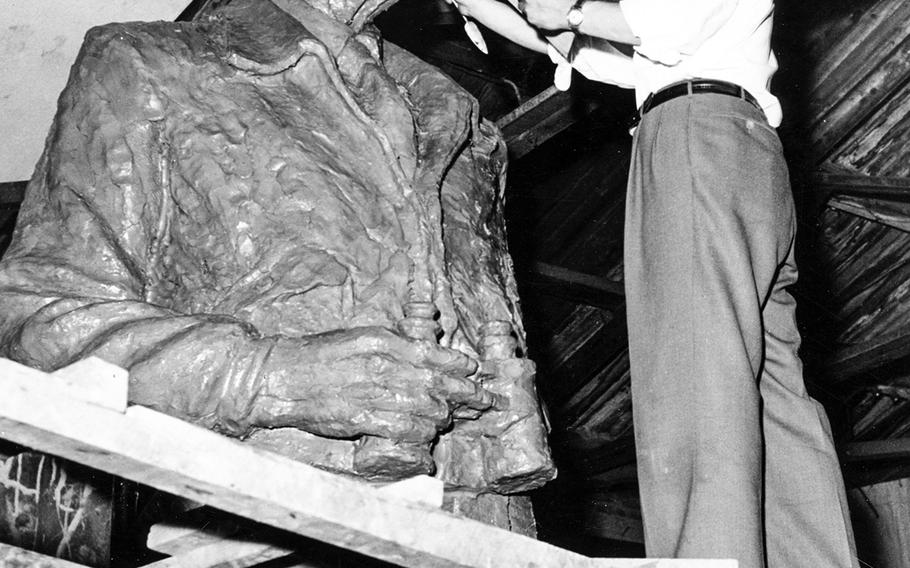 Donald Hausser ©Stars and StripesSouth Korea, August, 1957: Kim Kyung Sung, art professor at Hong Kong Ik College in Seoul and a noted sculptor, puts the finishing touches on a 12-foot bronze statue of Gen. Douglas MacArthur to be placed in Inchon's Manguk Park. More than 150,000 Koreans contributed money toward the statue, which honors the MacArthur-led Allied landing at Inchon in 1950.