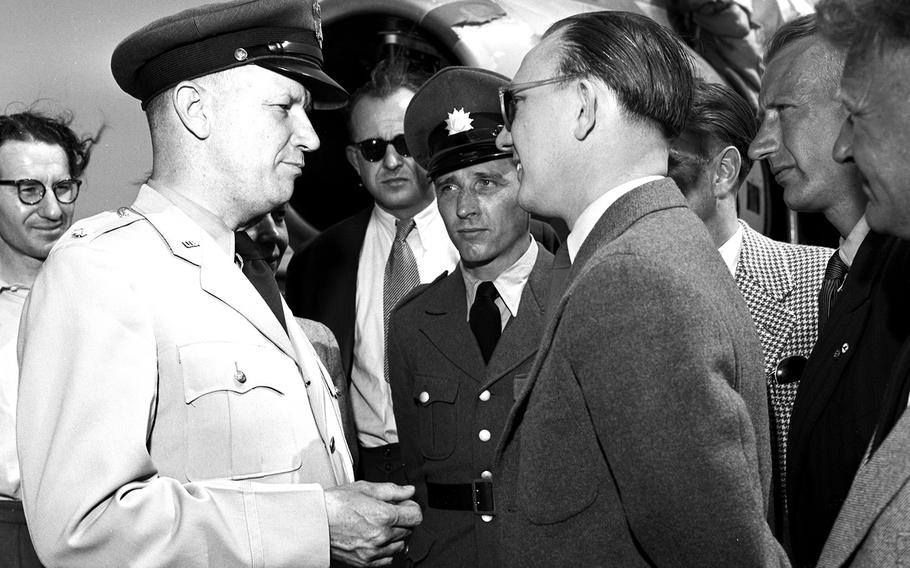 Ed Killpack ©Stars and StripesFrankfurt, West Germany, May, 1953: World War II German flying ace Heinz Lange, center foreground, and other veterans of the Luftwaffe's Werner Moelders fighter wing talk with a U.S. Air Force officer during a visit to Rhein-Main Air Base, where some of them were stationed in 1939. Of the 37 German veterans visiting the base, 25 were combat pilots during the war. They were led by Lange, a 35-year-old Cologne lawyer who flew 628 combat missions and was credited with 70 victories.