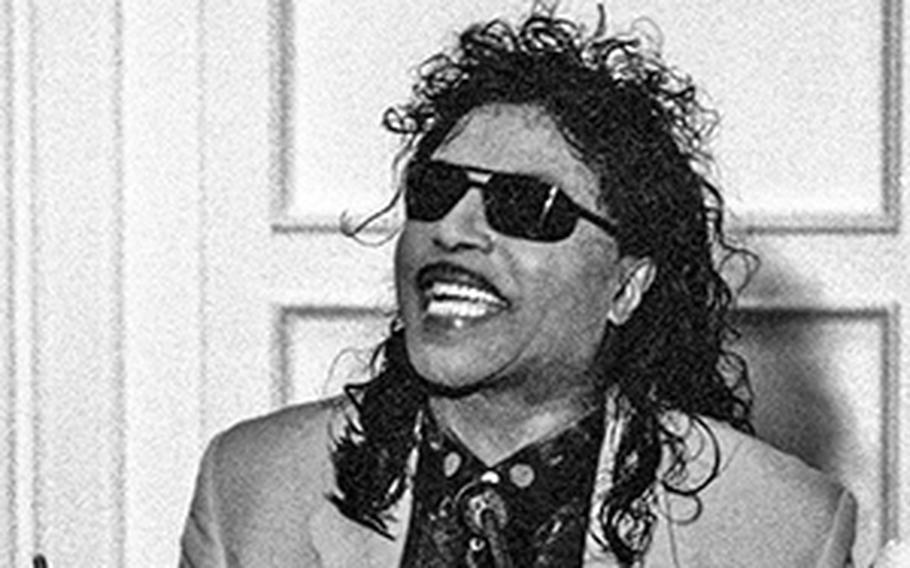 Dave Casey ©Stars and StripesFrankfurt, Germany, March, 1993: Little Richard, known for classics as "Lucille," "Good Golly, Miss Molly," "Tutti-Frutti" and "Be-Bop-A-Lula," speaks at a press conference during his European tour. The 60-year-old music legend — real name: Richard Penniman — proclaimed himself "the architect of rock 'n' roll"; the Beatles were his opening act in Hamburg in 1962. Richard Penniman died May 9, 2020 at age 87.