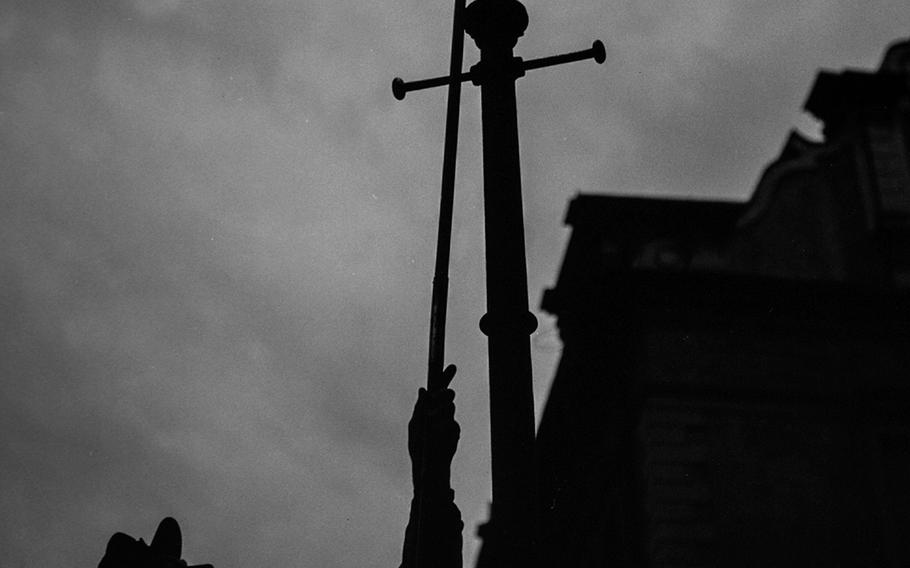 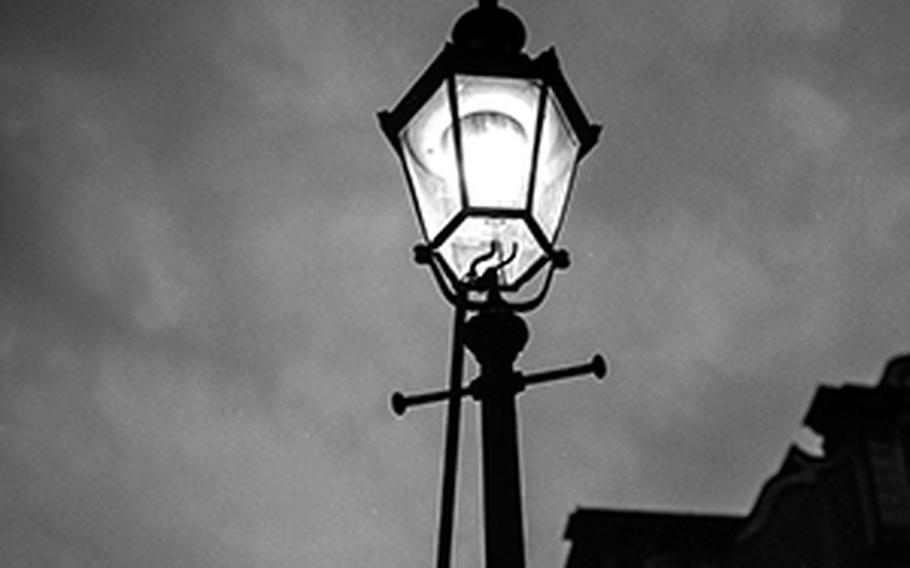 Red Grandy ©Stars and StripesMunich, Germany, July, 1961: City lantern ward Wilhelm Schuepfer stands below a Munich relic, a gas street light. Gas lights were installed throughout the city in 1850, but by 1961 all but 713 of Munich's 41,000 street lamps were powered by electricity. Many of the remaining antiques were set to ignite automatically, leaving Schuepfer and the other gasanzuenderen with little more than repair and maintenance responsibilities.

RELATED MATERIAL: Stars and Stripes' 1961 story about the lamplighters in Munich.