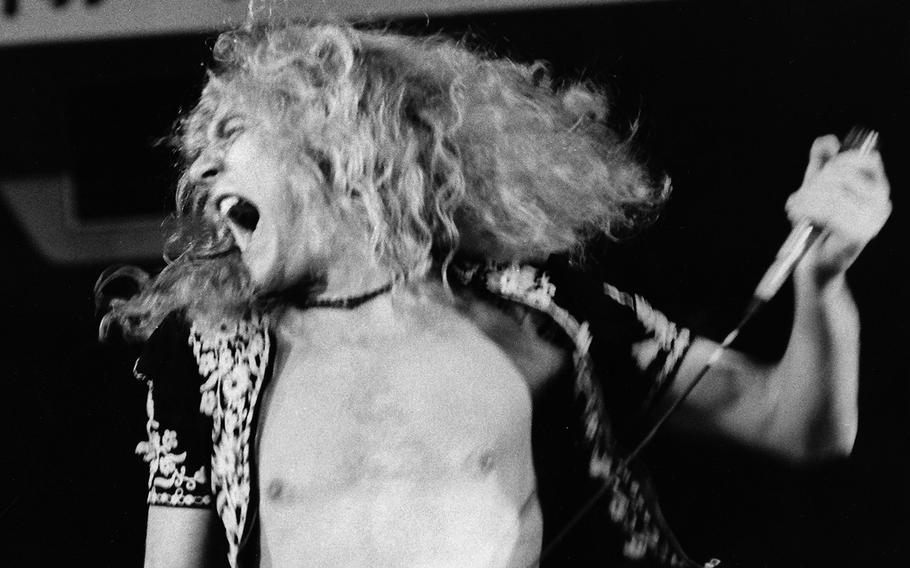 Hideyuki Mihashi ©Stars and StripesTokyo, September, 1971: Singer Robert Plant of Led Zeppelin, during a show that drew 13,000 fans to Tokyo's Budokan Hall. Nearly half a century later, Plant and his surviving bandmates are again facing a lawsuit over whether they stole the signature opening chords of their biggest hit, "Stairway to Heaven."

RELATED MATERIAL: A 2018 story about the lawsuit.