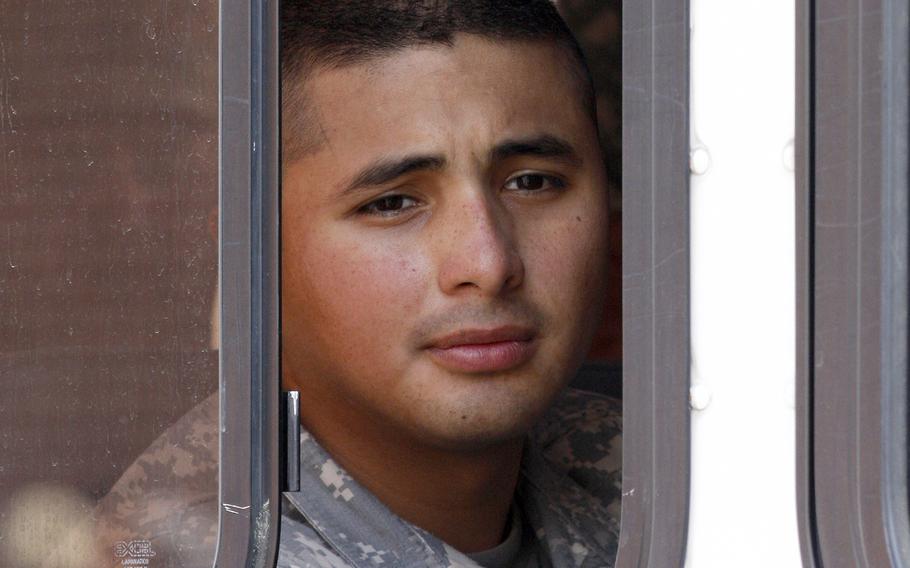 Joe Gromelski ©Stars and StripesFayetteville, N.C., April, 2009: An Iraq-bound National Guard soldier peers out of a bus window at a large crowd of friends and family members after a departure ceremony at the Crown Center Coliseum. In its return to Iraq, the 30th Heavy Brigade Combat Team — comprising units from North Carolina, West Virginia and Colorado — became the first full Guard brigade to conduct combat operations twice in the same conflict.