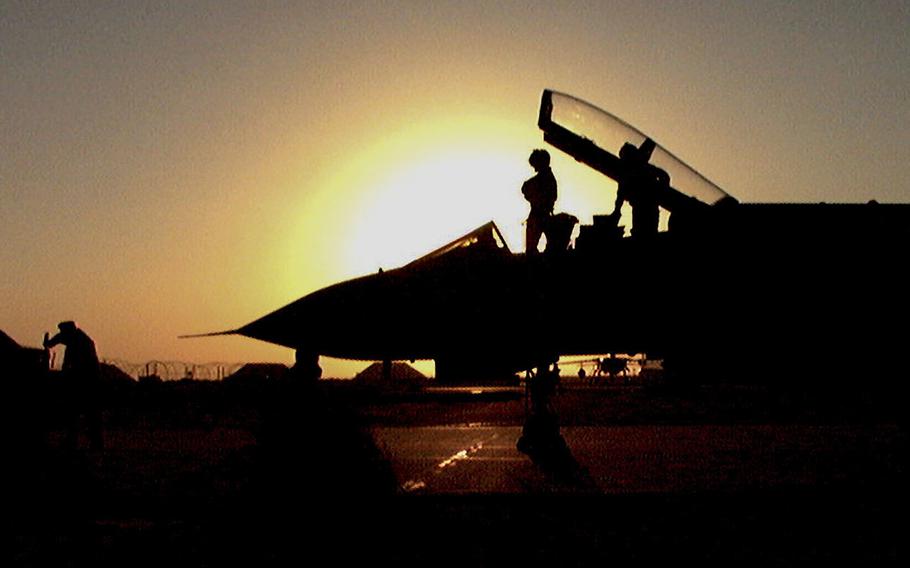 Jason Sandford ©Stars and StripesKuwait, November, 1998: A British Royal Air Force Tornado crew finishes its day's work as the sun sets on the Kuwaiti desert at Ali Al-Salem Air Base, about 30 miles west of Kuwait City. A squadron of 12 of the RAF bombers flew daily training sorties from the base, which was also used by American and Kuwaiti aircraft.