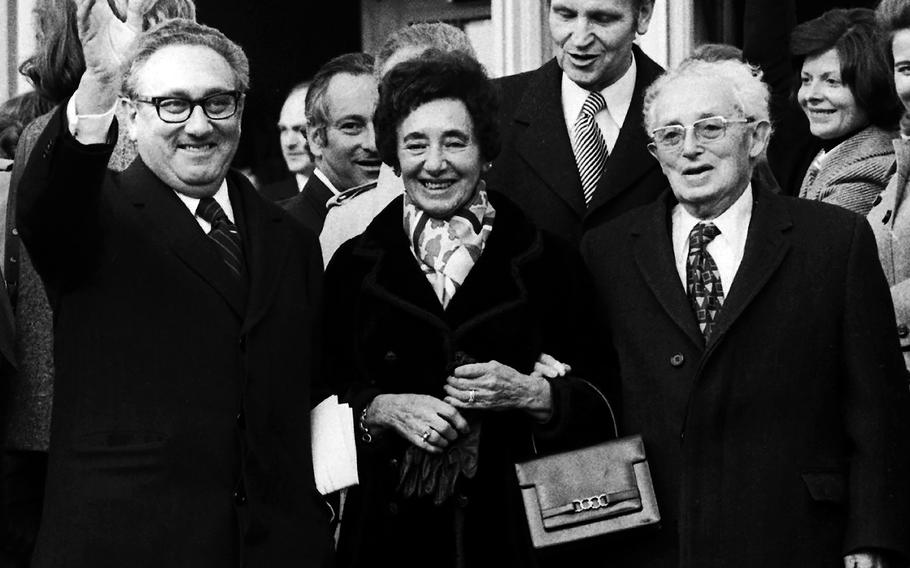 Gus Schuettler ©Stars and StripesFürth, West Germany, December, 1975: With his parents at his side, Henry Kissinger waves to the crowd gathered in his hometown for a ceremony at which he was presented with Fürth's Golden Citizen's Medallion. The Kissingers fled Fürth for the U.S. in 1938, but the secretary of state noted in his acceptance speech that "I believe that my visit here exemplifies the extraordinary rebirth of friendship between the American people and the German people." He added that his parents, Louis and Paula Kissinger, "have never lost their attachment to this city in which they spent the greater part of their lives."