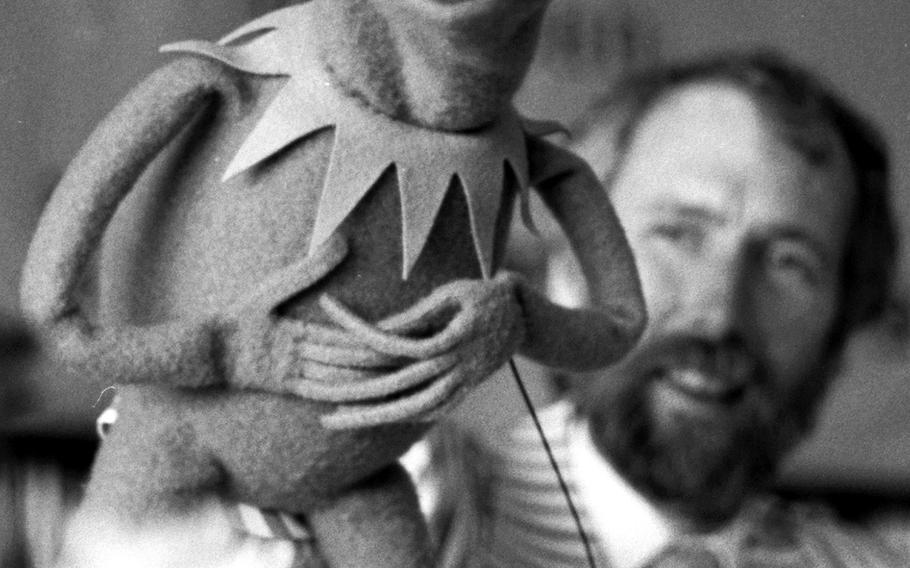 Dennis Rogers ©Stars and StripesTokyo, August, 1986: Jim Henson, creator of the Muppets, makes a point to the Foreign Correspondents Club of Japan via his most famous felt friend, Kermit the Frog. Henson was in Japan to promote his latest movie, Labyrinth, and oversee a trial run of Fraggle Rock on Japanese TV.