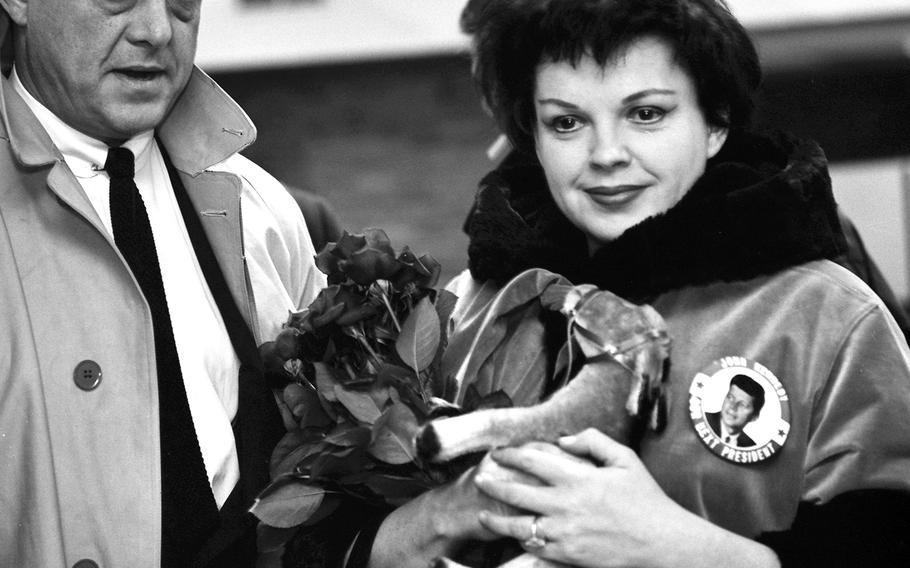 Ted Rohde ©Stars and StripesFrankfurt, West Germany, October, 1960: Between the stuffed donkey toy and the Kennedy for President button, there could be little doubt which candidate singer-actress Judy Garland was supporting in the impending 1960 election. Garland, seen here arriving at the Frankfurt airport with husband Sid Luft, was on her way to a JFK rally in Wiesbaden.