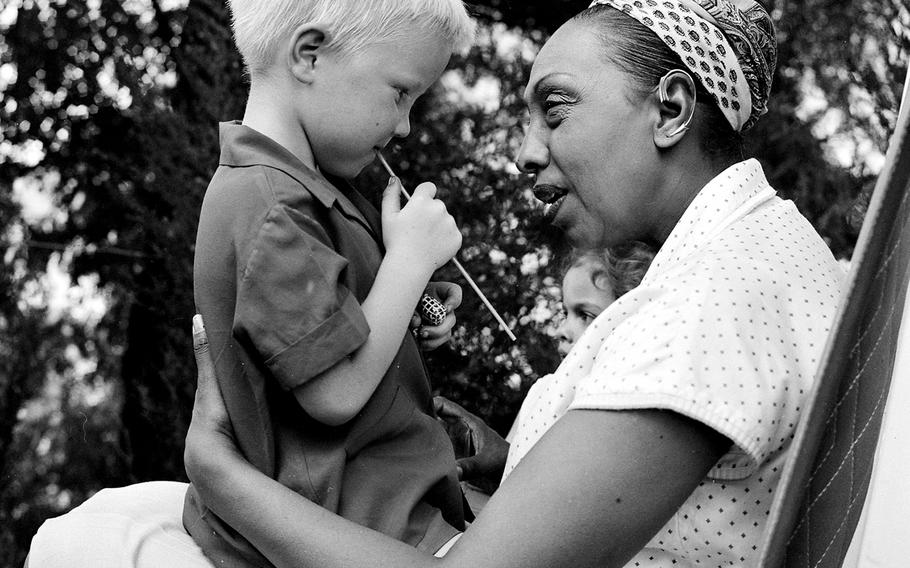 Ted Rohde ©Stars and StripesLes Milandes, France, July, 1959: Josephine Baker — famed star of the Paris music halls before and after World War II, a Resistance hero during the war, and a civil rights advocate in the U.S. in the 1950s and 1960s — talks with one of the 10 children from around the world she and her husband, bandleader Joe Bouillon, had adopted at that time. In the late 1960s, Baker lost the estate amid tax difficulties, but Princess Grace provided the family (which eventually included 10 boys and two girls) with a place to live in Monaco, where Baker was buried after her death in 1975.