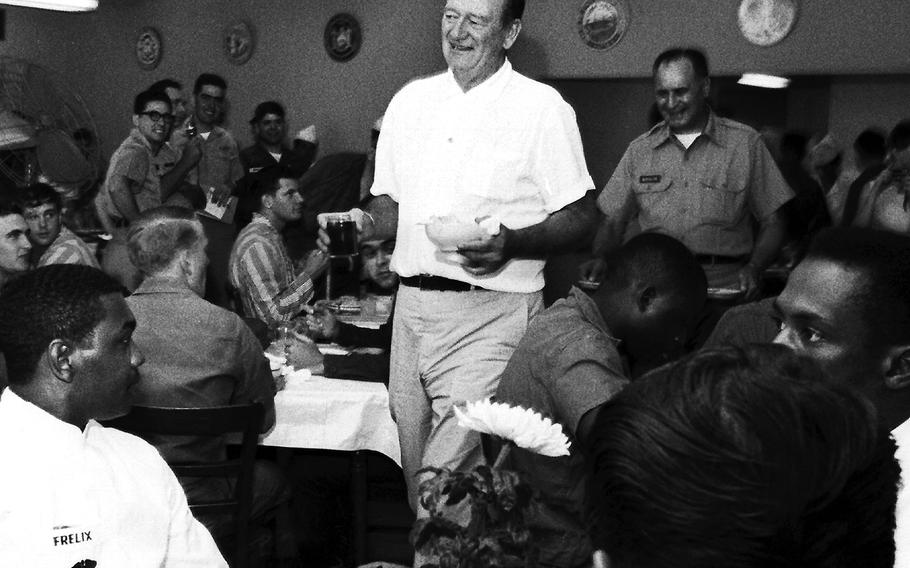 Eikoh Goya / ©Stars and StripesOkinawa, April, 1967: Actor John Wayne ambles through the mess hall at the U.S. Army hospital on Okinawa, where he visited wounded servicemembers. Wayne and co-director Ray Kellogg were visiting the island as part of a search for locations for their film, "The Green Berets."