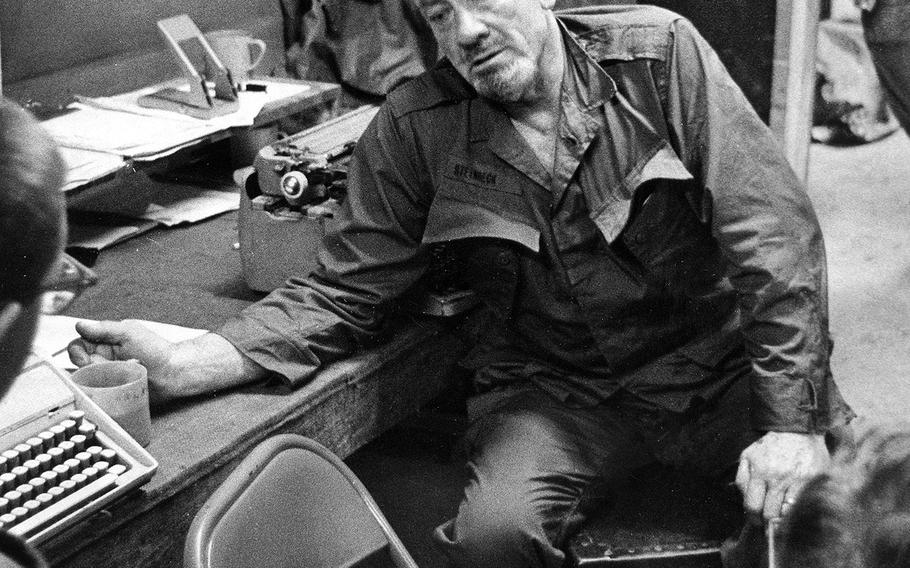 Ray Belford ©Stars and StripesAn Khe, South Vietnam, December, 1966: Nobel Prize-winning author John Steinbeck, in Vietnam "to write my impressions of the war," talks to soldiers at An Khe. Steinbeck, who had a son serving in the Army at Pleiku at the time, told his small late-night audience that "all wars are hopeless, but all of the wars have been necessary and this one is also necessary."