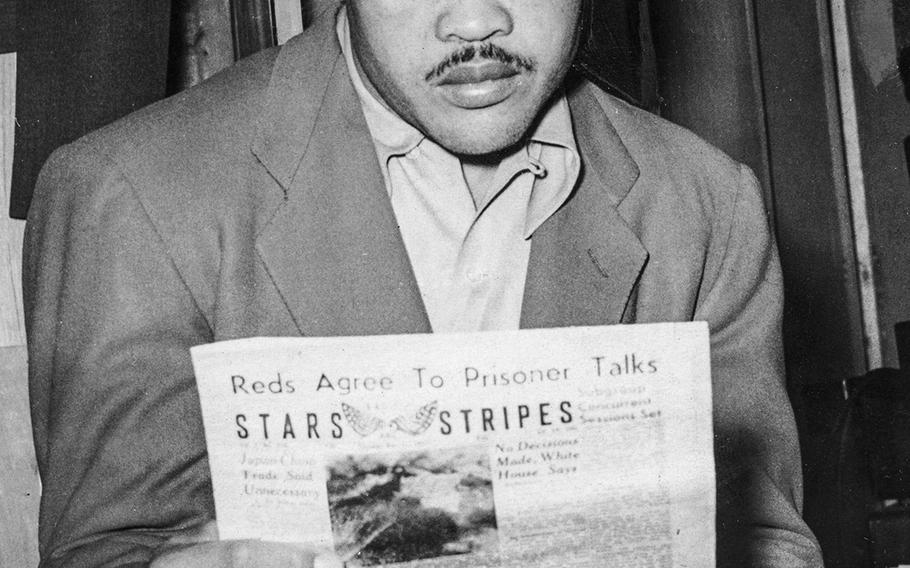 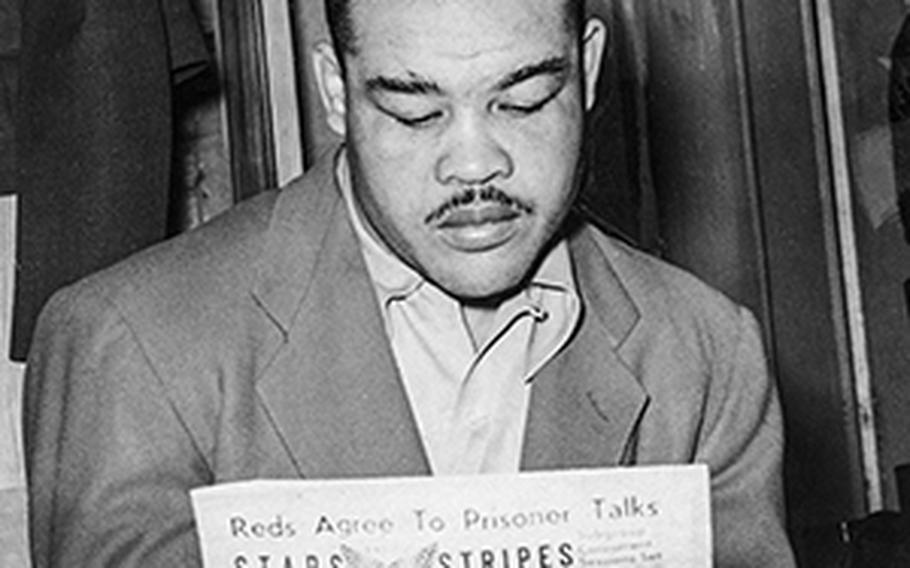 Larry Sakamoto ©Stars and StripesTokyo, December, 1951: Boxing great Joe Louis catches up on the news before taking part in an American Legion-VFW charity event at Memorial Hall. Louis stopped both Allan Williams of the Marine Corps and Jimmy Boyle of the Army in a single round, then held the advantage over Buck DeCordova in a four-round exhibition match. Louis, a World War II veteran and the world heavyweight champion from 1937 to 1949, was to continue on to Taiwan and Hong Kong after his Tokyo stop.