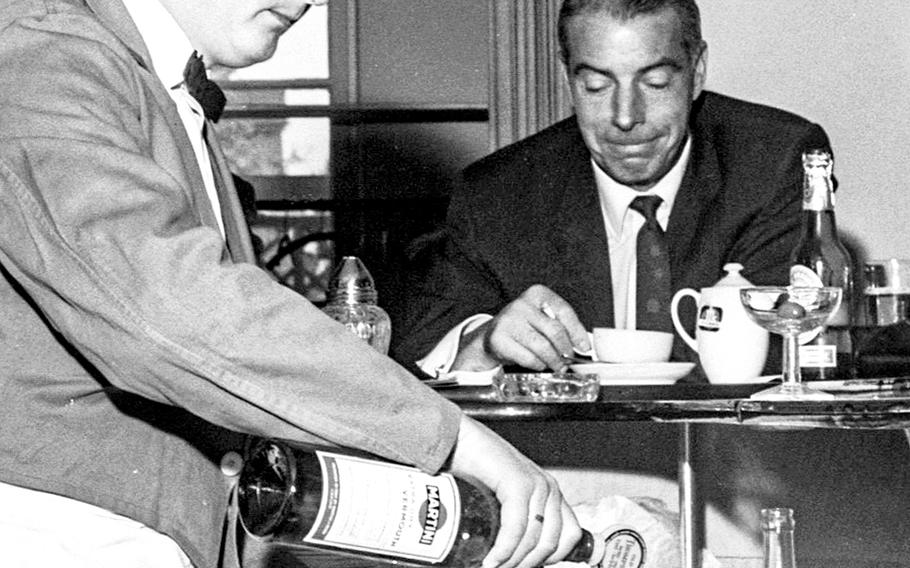 Marty Gershen ©Stars and StripesGriesheim, West Germany, May, 1962: If the bartender at Stars and Stripes' Press Club was uncertain about the identity of that American stranger nursing a cup of coffee over there, he was about to find out. Once word spread that baseball great Joe DiMaggio was on the base, the club quickly filled with fans of all ages. As hard to believe as it may be in an age of athletes surrounded by an entourage of publicists and others, a man who was praised in an Ernest Hemingway novel and was known by everyone in America had a few hours to kill in Frankfurt, Germany, and nothing on his schedule. In a rare case of someone actually following up on an offer (by a Stripes sportswriter a few days earlier) to "look me up next time you're in town," he hailed a cab and told the driver to take him to the newspaper's office, about 30 miles away. DiMaggio had been on a corporate promotional tour of Europe, was just returning from Moscow, and was scheduled to fly home the next day.