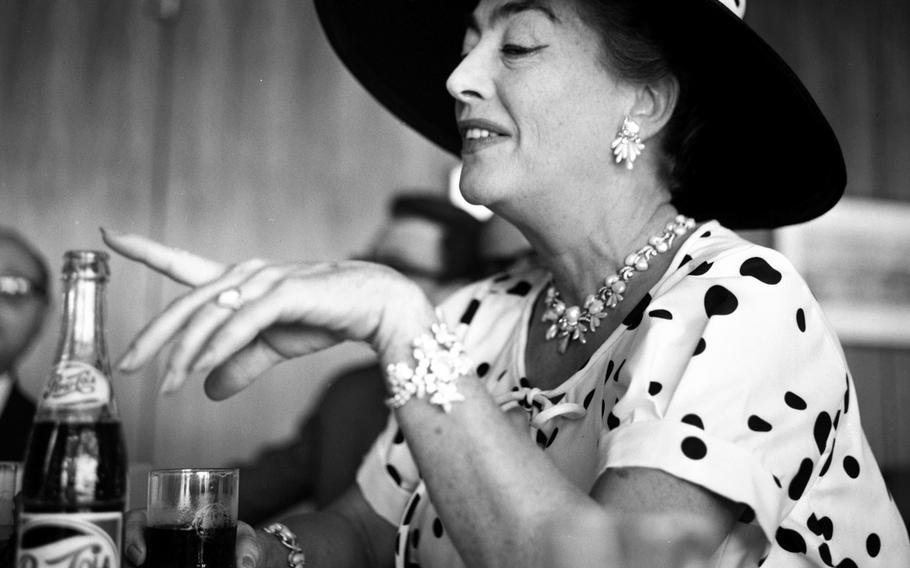 Tony Evanoski ©Stars and StripesFrankfurt, West Germany, June, 1963: During a meeting with reporters at a Frankfurt hotel, actress Joan Crawford leaves no doubt about which beverage she believes everyone should be drinking. Crawford, the widow of Pepsi-Cola chairman Alfred Steele and a member of the soft-drink company's board of directors, was on her way to the Berlin Film Festival.