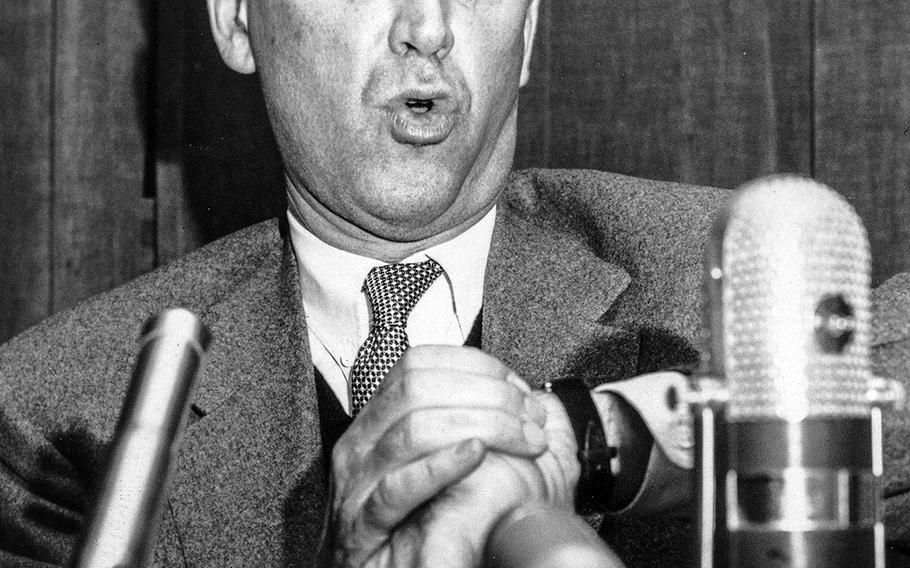 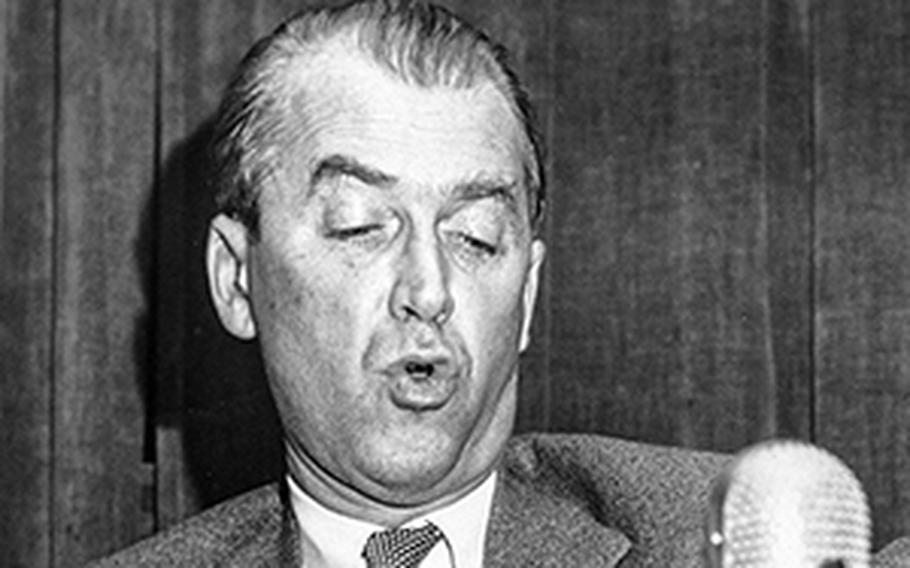 Neal Callahan ©Stars and StripesTokyo, February, 1955: Actor James Stewart checks his watch during a Tokyo press conference. Stewart, then a colonel in the Air Force Reserve (he would eventually rise to the rank of brigadier general), flew numerous bombing missions over Europe during World War II, earning the Distinguished Flying Cross. He was vacationing with his wife, Gloria, scouting possible locations for future movies and attending the Tokyo premiere of his Paramount picture, Alfred Hitchcock's "Rear Window."