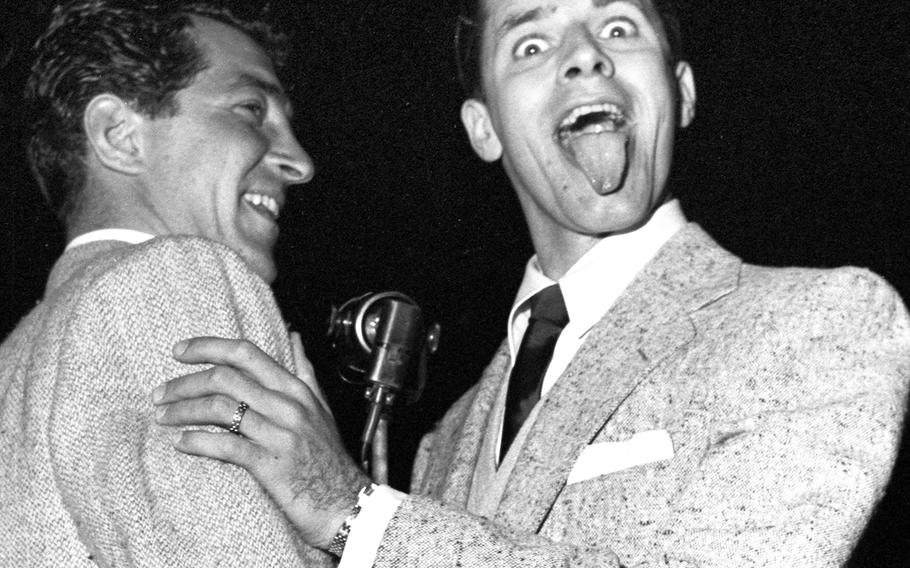 Sam Vestal ©Stars and StripesOrleans, France, August, 1953: Jerry Lewis mugs for the camera as Dean Martin plays his usual role of straight man during one of the comedy duo's performances for American troops and their families. Martin and Lewis were on a two-month business-and-pleasure trip to Europe that also included two weeks of performances at the Palladium in London and a week at the Royal Theater in Glasgow. Jerry Lewis, known as well for his charitable work in the fight against muscular dystrophy as for his slapstick comedy, died August 20, 2017 at age 91.