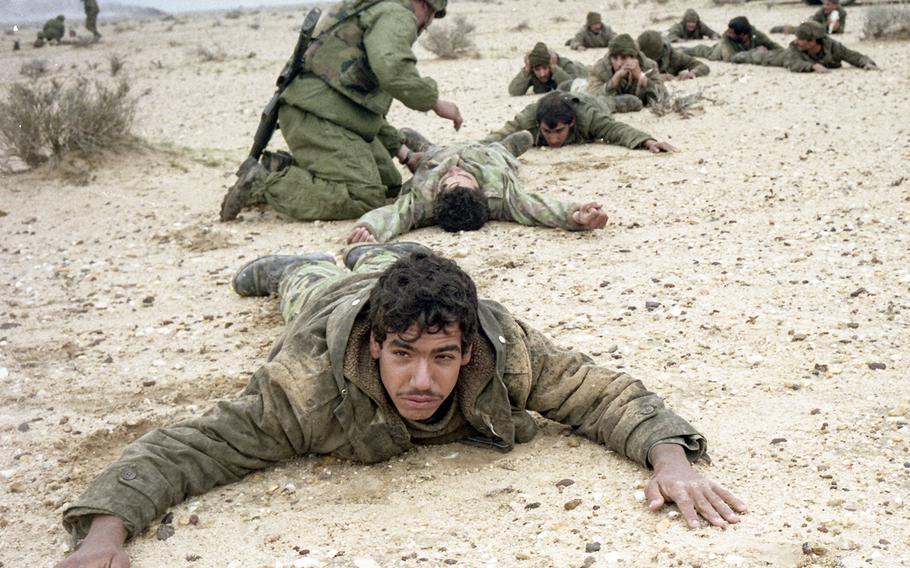 Vince Crawley ©Stars and StripesIraq, February, 1991: Iraqi prisoners of war are checked after their surrender to American troops from Iron Troop, 2nd Armored Cavalry Regiment. The regiment "ended up taking more than 2,000 enemy prisoners during the 100-hour ground war," a Stars and Stripes story noted, "roughly one Iraqi for every two Americans in the front-line unit. The total of surrendering Iraqis was fast approaching 200,000 when the newscasts either lost interest or lost track of the count."

RELATED MATERIAL:Stars and Stripes' 1991 story about the large number of Iraqis taken prisoner.