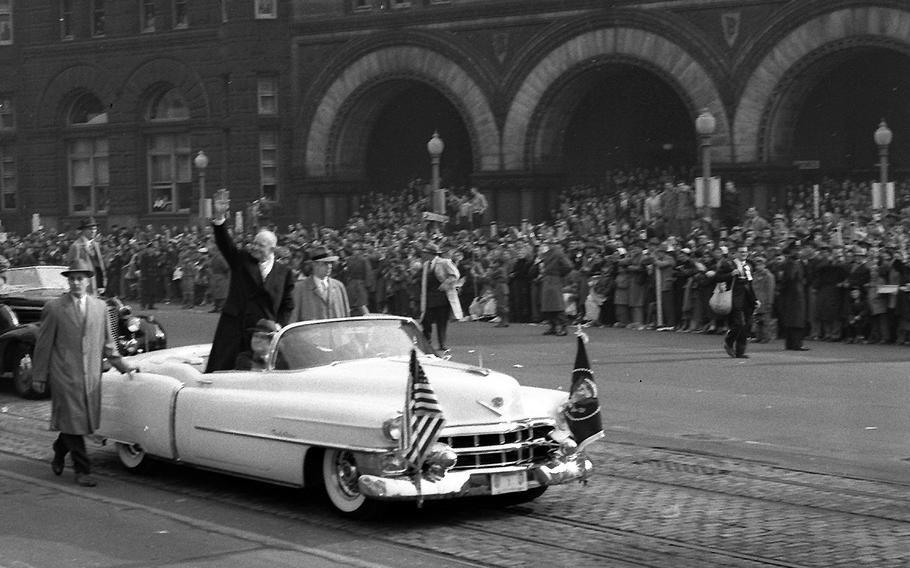 Red Grandy ©Stars and StripesWashington, D.C., January 20, 1953: After taking the oath of office as the 34th president of the United States, Dwight D. Eisenhower waves as he rides past the Old Post Office — now the Trump International Hotel — on his way to the reviewing stand at the White House.