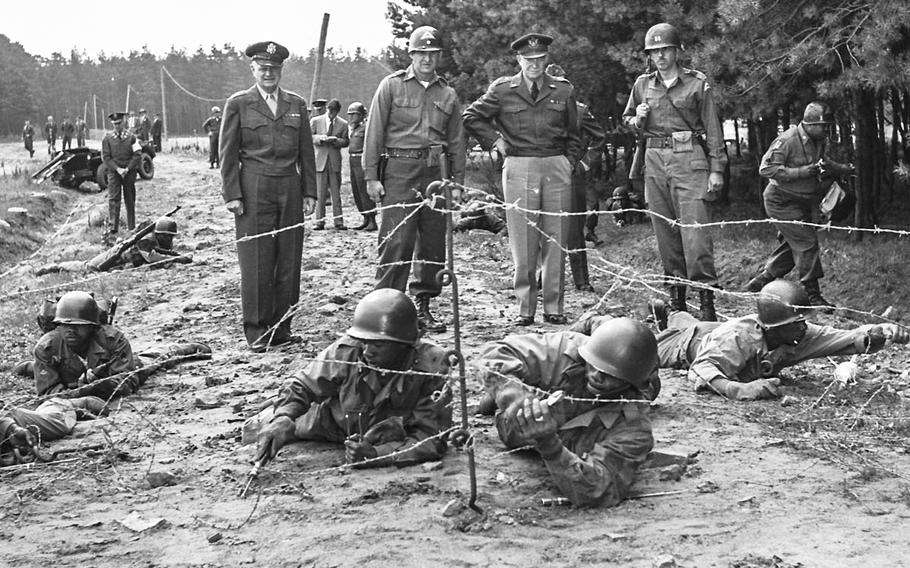 ©Stars and StripesDarmstadt, West Germany, August, 1951: U.S. soldiers from Company A of the 547th Engineer Combat Battalion demonstrate to Supreme Allied Commander, Europe Gen. Dwight D. Eisenhower how they cut through barbed wire in a minefield. At one point during his two-day inspection tour of units in Germany, according to a Stars and Stripes story, Ike asked a soldier how long he planned to stay in the Army. "No comment, sir," he replied; Eisenhower laughed and slapped the soldier's shoulder.