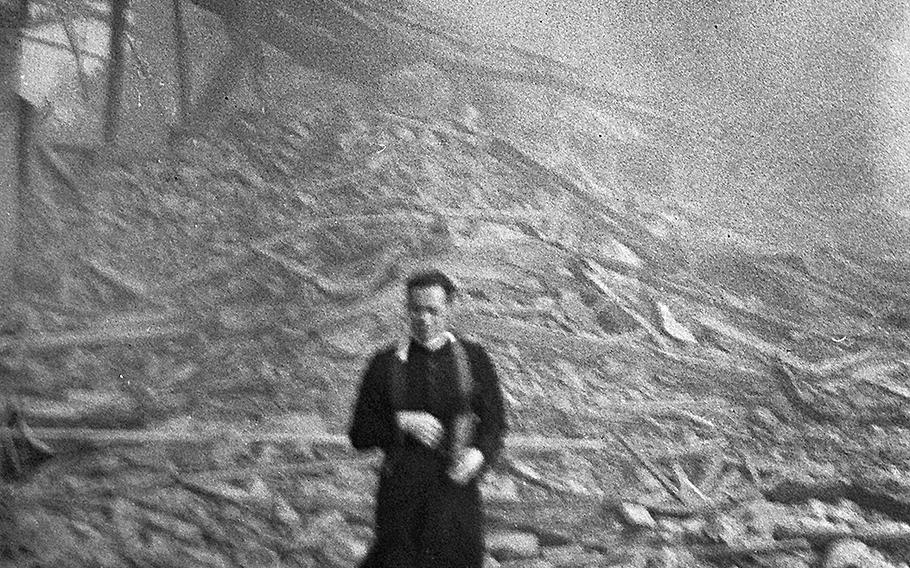 Henry Compton ©Stars and StripesLudwigshafen, Germany, July, 1948: A priest walks through the evening gloom and haze caused by burning chemicals in the wreckage of the I.G. Farben factory, ready to administer the last rites as victims of an accidental explosion that killed more than 200 people and injured another 3,800 are uncovered. The explosion happened just as several Farben employees from World War II were on trial at Nuremberg for the company's role in the Nazi war effort.