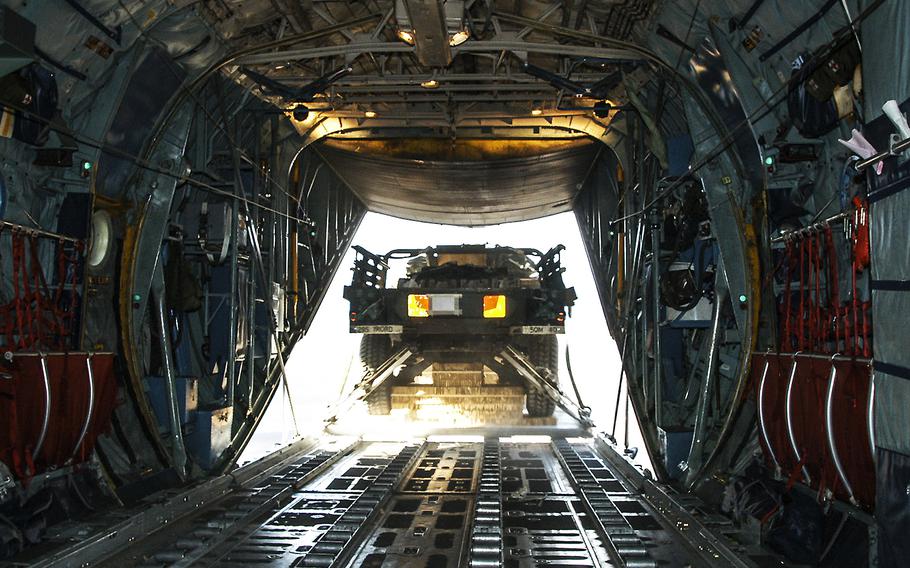 Rick Scavetta ©Stars and StripesOver Germany, November, 2003: A Humvee is jettisoned from the rear of an Air Force C-130 during an exercise designed to give parachute riggers from the 5th Quartermaster Company, part of the 21st Theater Support Command’s 191st Ordnance Battalion, practice in preparing heavy military equipment for airdrops. A Stars and Stripes story noted that "suspended beneath two G11-B parachutes, each 100 feet in diameter, the 9,600-pound Humvee floated down to the Alzey drop zone, just northwest of Worms."