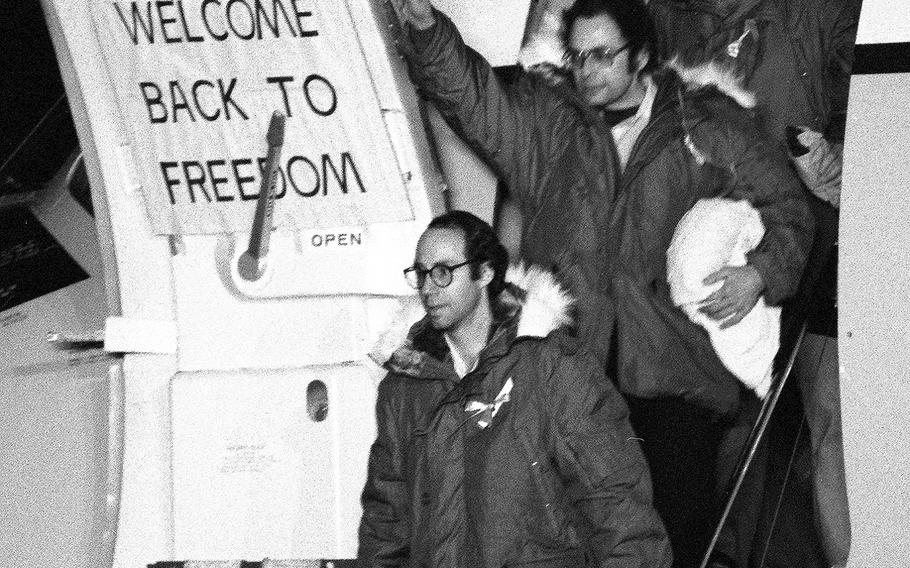 Stephanie James ©Stars and StripesRhein-Main Air Base, Germany, January 21, 1981: Free after 444 days of captivity in Iran, Americans who were held hostage by followers of Ayatollah Ruhollah Khomeini arrive at Rhein-Main, where thousands of people turned out to greet them. The 52 former captives were whisked away for medical tests and a meeting with former President Jimmy Carter, whose term of office expired a few hours earlier.

RELATED MATERIAL: Some 1981 Stars and Stripes stories about the ex-hostages: Thousands cheer hostages in emotional return to freedom Hospital ready to pamper captives Airmen and soldier crews busy all night preparing for the Nightingales' arrival'I breathed a big sigh of relief ...' No longer hostages, 'returnees' reported in good spirits Welcomers at Wiesbaden: 'Part of history' Chronology of a crisis