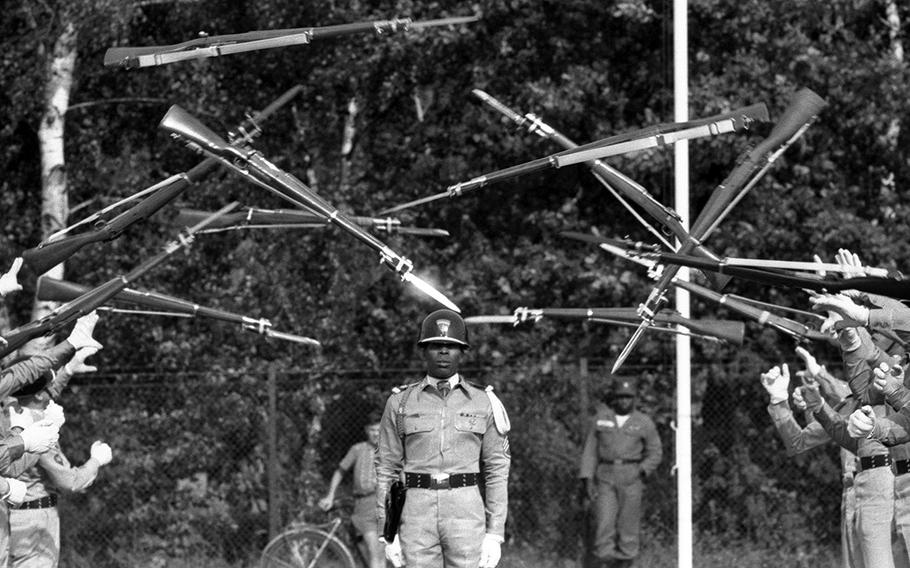 Gene Bane ©Stars and StripesBerlin, September, 1961: Staff Sgt. Dallas A. Pinckney, center, watches as members of the 2nd Battle Group Honor Guard pass rifles back and forth while practicing one of one of their complicated maneuvers. Pinckney, a Korean War veteran from Tallahassee, Fla., was assigned to organize the unit after arriving in Berlin in 1959; he had created a similar honor guard at Fort Lewis in the 1950s, and it was good enough to earn a spot on the Ed Sullivan Show. The troops' job was "to carry the national colors, escort VIPs, demonstrate weapons and uniforms, and put on close-order drill exhibitions unrivaled in precision" — all in their spare time from regular duties as riflemen in Company D during the crisis surrounding construction of the Berlin Wall.

RELATED MATERIAL: Stars and Stripes' 1961 story about the honor guard, with a photo gallery.