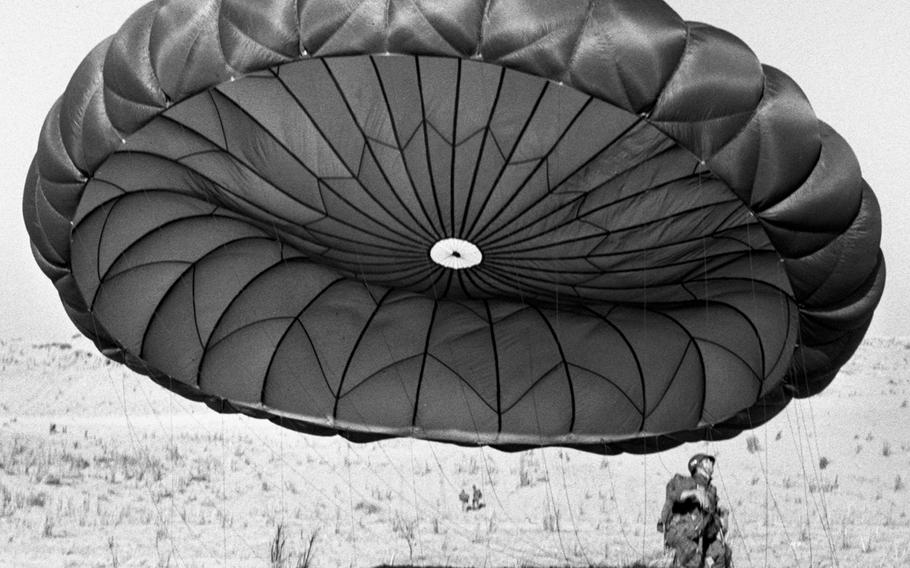 Ted Rohde ©Stars and StripesLebanon, September, 1958: With his parachute closing in on him, Spec. 4 Joseph D. Langham of Headquarters and Headquarters Co., 187th Infantry, hits the ground during an exercise in Lebanon. Langham was one of about 14,000 U.S. soldiers and Marines sent into Lebanon starting in July as part of Operation Blue Bat, an effort to shore up the beleaguered government of President Camille Chamoun.