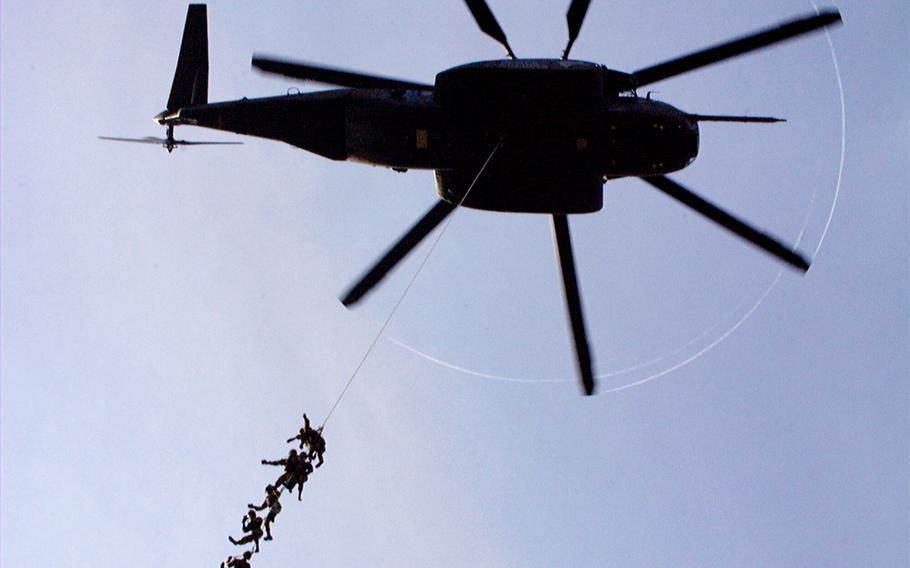 Anthony Burgos ©Stars and StripesSigonella, Sicily, February, 2001: Marines from Camp Allen in Norfolk, Va., dangle from a Special Purpose Insertion/Extraction rig aboard a Sea Dragon helicopter at Naval Air Station Sigonella. More than 50 Marines deployed to the Navy's base in Naples traveled to Sicily to train on the specially-rigged, 120-foot rope attached to the inside of the chopper. They clipped on in groups, then took a five-minute flight around the station's runway at a height of about 500 feet and speeds of 60 to 80 miles per hour.