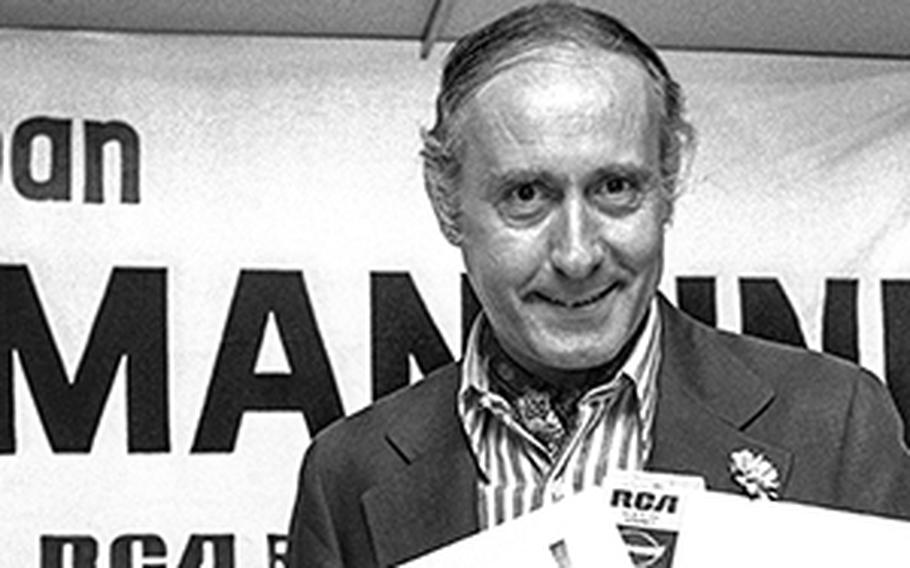 Ed Dixon ©Stars and StripesTokyo, June, 1975: Composer Henry Mancini poses with some of his record albums at a press conference in the Hotel New Otani, during which he spoke about what is perhaps his best-known song, "Moon River," from the film "Breakfast at Tiffany's. "I insisted that (Audrey Hepburn) sing in the film and the song was written for her range," he said. "I knew how wide her range was and I wrote the song accordingly. She did it, I think, better than anyone who has done it since." Mancini was a World War II Armu veteran, having served with the 1306th Engineers in Europe.