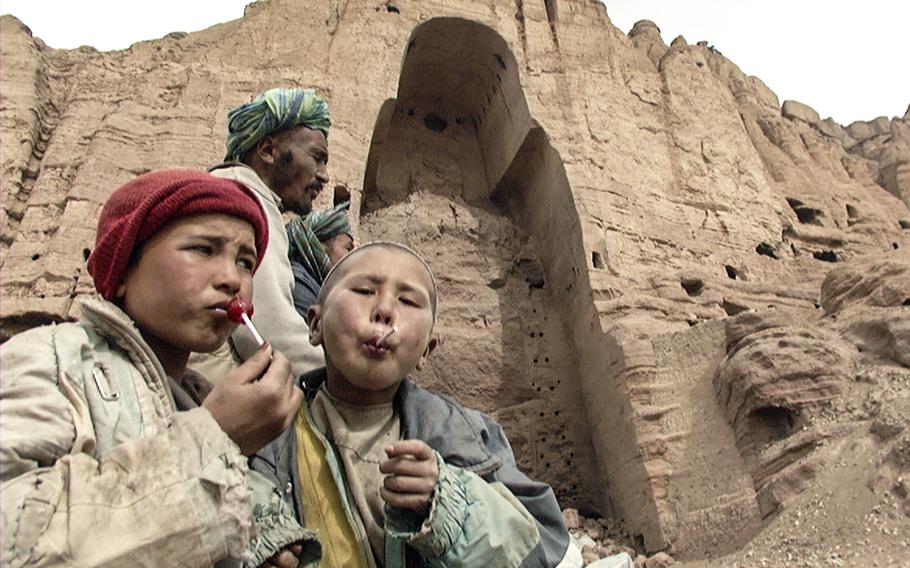 Rick Scavetta ©Stars and StripesGorband, Afghanistan, March, 2002: Hazara refugees stand in front of the remains of one of the giant, 1700-year-old Buddha of Bamiyan statues that were dynamited by the Taliban a year earlier. Aid agencies were working with U.S. civil affairs troops to relocate the refugees, who lived in nearby caves.