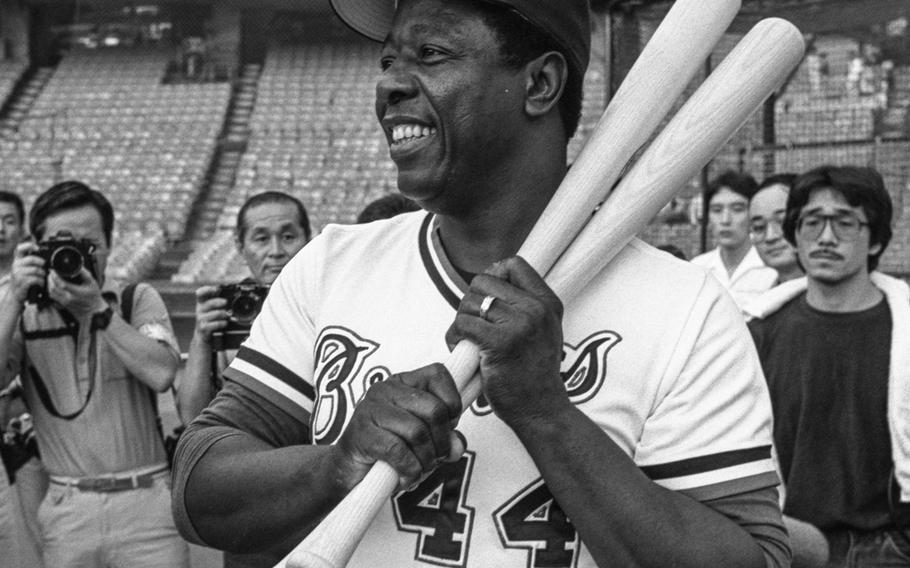 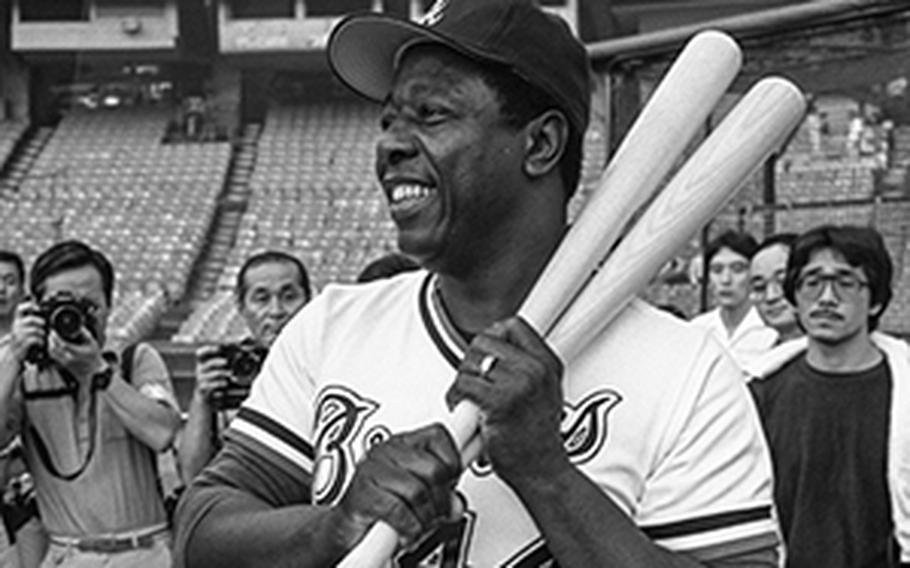 Ken George ©Stars and StripesTokyo, July, 1984: Major League Baseball's all-time home run leader, Hank Aaron, is the center of attention as he gets ready for a hitting contest against his Japanese counterpart, Sadaharu Oh, at Tokyo's Korakuen Stadium. It was a rematch of a 1974 showdown in which Aaron hit 10 homers to Oh's nine. This time around, Aaron finished with four homers and Oh with two. Hank Aaron, a legend in both baseball and civil rights, died January 22, 2021 at age 86.

RELATED MATERIAL: Stars and Stripes' stories about the Aaron-Oh home run contests in 1984 and 1974.