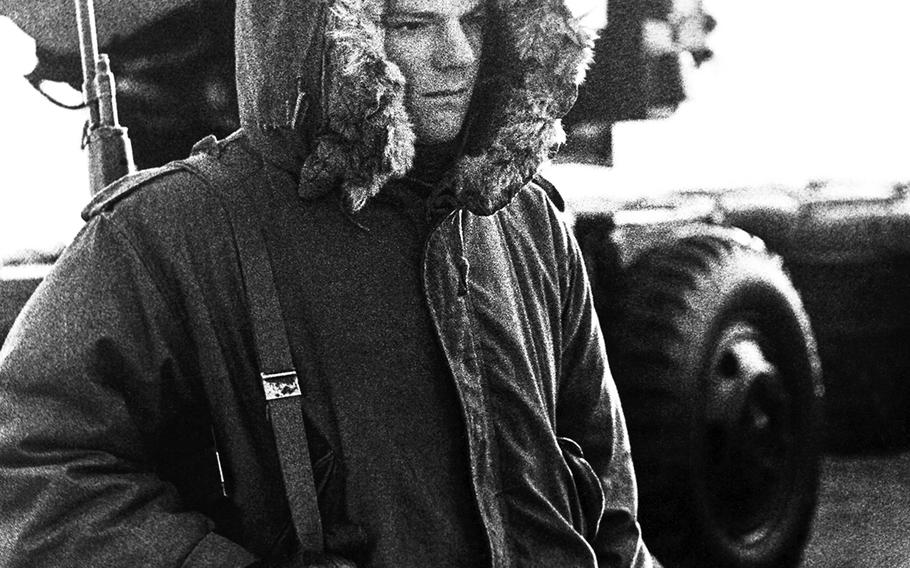 T.W. Chung ©Stars and StripesSouth Korea, January, 1968: Bundled up against the winter cold on a Korean mountain top, U.S. Army Spc. 4 Class Gerald Blacksten guards a MIM-23 Hawk surface-to-air missile system. "The main attraction on the mountain tops at night is television, and the men say the reception is top notch at the high altitudes," according to a Stars and Stripes story. "Checker boards abound, and card games also help consume lonely nights of duty."

RELATED MATERIAL:Stars and Stripes' 1968 story about life at the missile site.