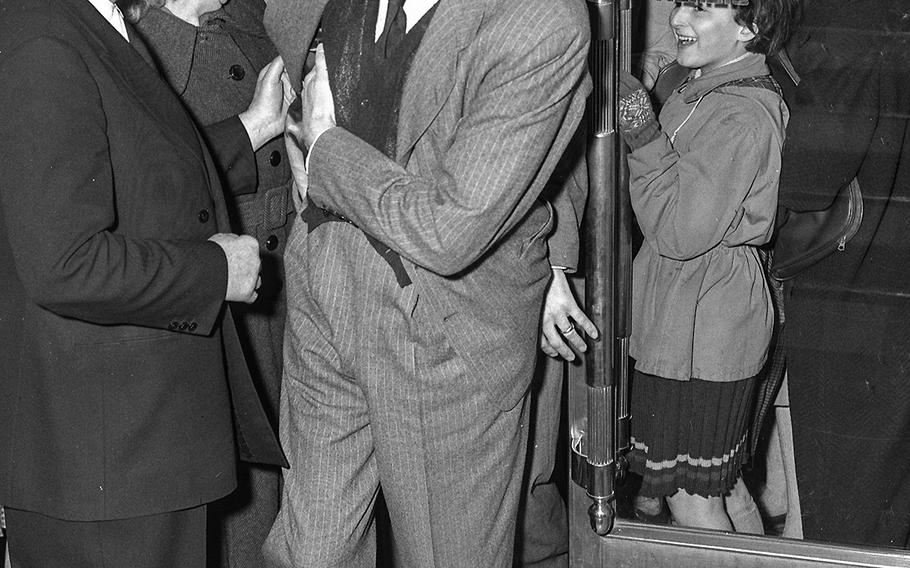 George Penn ©Stars and StripesFrankfurt, West Germany, March, 1953: Gregory Peck escapes from a mob of autograph-seeking admirers as he arrives for a screening of his latest film, "Snows of Kilimanjaro." It was the first postwar appearance by a top American star at the German premiere of a Hollywood film.