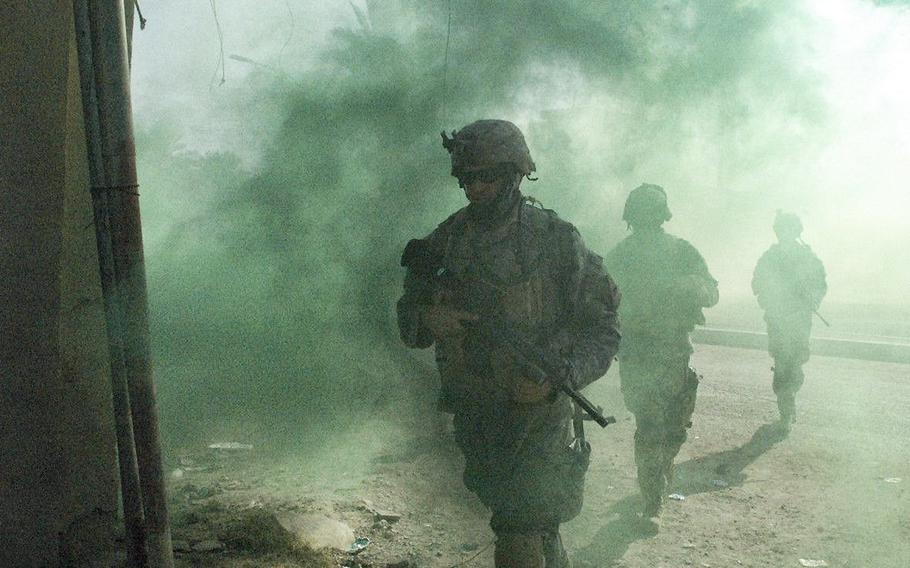 Monte Morin ©Stars and StripesIraq, August, 2006: Maj. John Stark, 37, of Mount Summit, Ind., the operations officer for 1st or “Bandits” Battalion of the 37th Armor Regiment, emerges from a cloud of green smoke used as concealment from snipers in Ramadi. The 1st Brigade Combat Team, of which the Bandits were part, had lost 14 soldiers since deploying in January, and five of those — more than from any other battalion in the brigade — were Bandits.

RELATED MATERIAL: Stars and Stripes' 2006 story about the Bandits' worried families and friends back home in Friedberg, Germany.