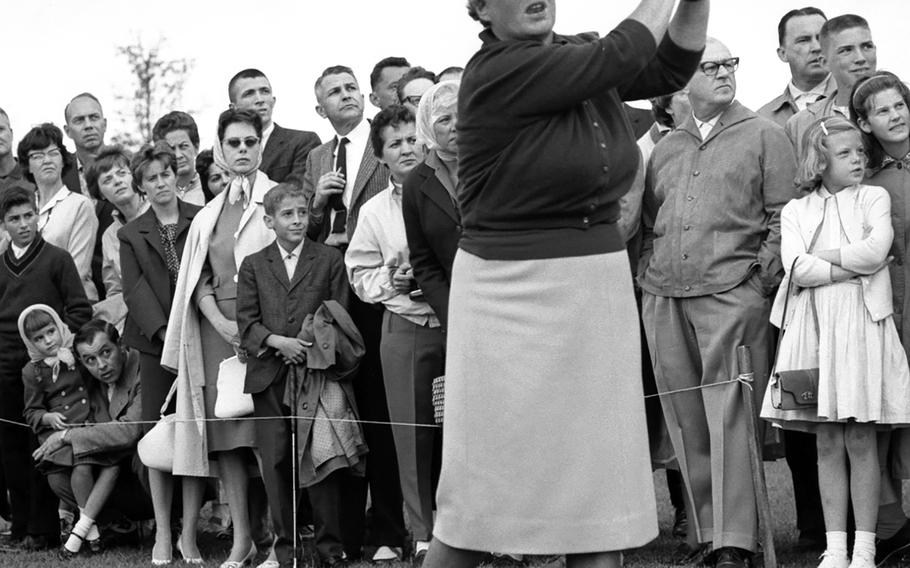 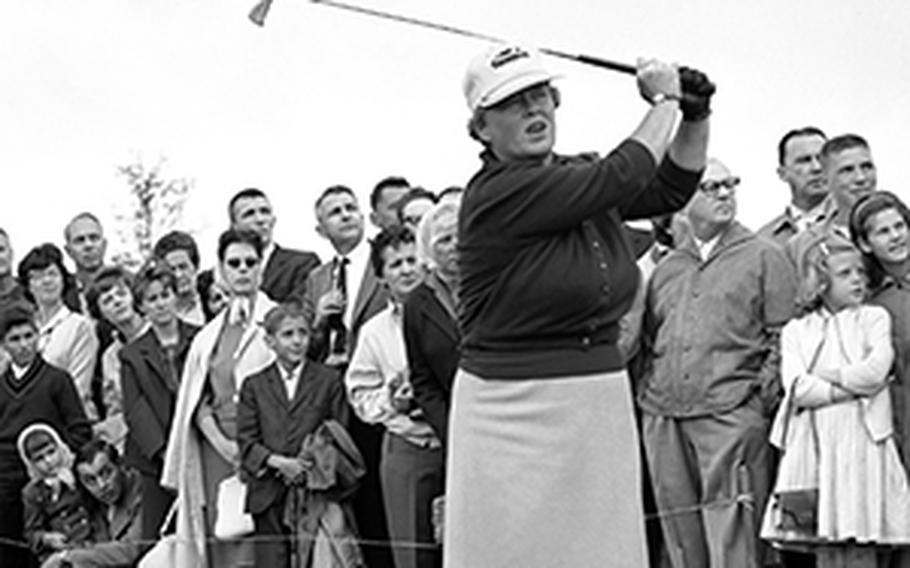 Ted Rohde ©Stars and StripesWiesbaden, West Germany, August, 1963: Golfing great and three-time AP Athlete of the Year Patty Berg presents a young fan with a golf ball during a clinic at the Rheinblick Golf Club, part of her six-week tour of Europe that also included stops at military courses at Ramstein, Berlin and Torrejon, Spain. Between 1941 and 1962, Berg won 60 pro tournaments, including a record 15 majors. She was a member of the inaugural class (1967) of the LPGA Tour Hall of Fame.