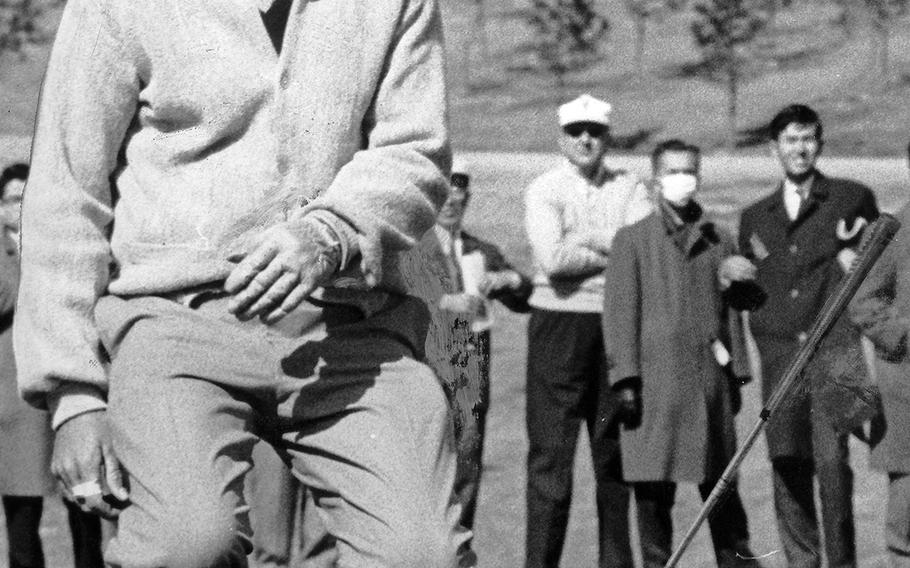 Max Winter ©Stars and StripesTokyo, March, 1963: Doug Sanders drops his putter and falls to his knees after his seven-foot putt trickled into the side of the cup on the 13th hole in the final round of the Yomiuri International Golf Tournament. Sanders fought off wind gusts of up to 50 mph to shoot a 73 and win the four-day tournament by five strokes. Sanders noted that the clicking of cameras wasn't as bad as it had been in previous rounds, nor did he notice a particular stateside irritant: "In a tournament in the States," he said, "the people around the greens wind up with a lot of change in their pockets during a tournament. And when you get up to putt, there's these guys standing there with their hands in their pockets, jingling the money. Must be the Japanese money doesn't make the same kind of noise, or else the Japanese people are really great and don't do that kind of thing." A Japanese golf official explained that people in that country favored nice, quiet change purses.