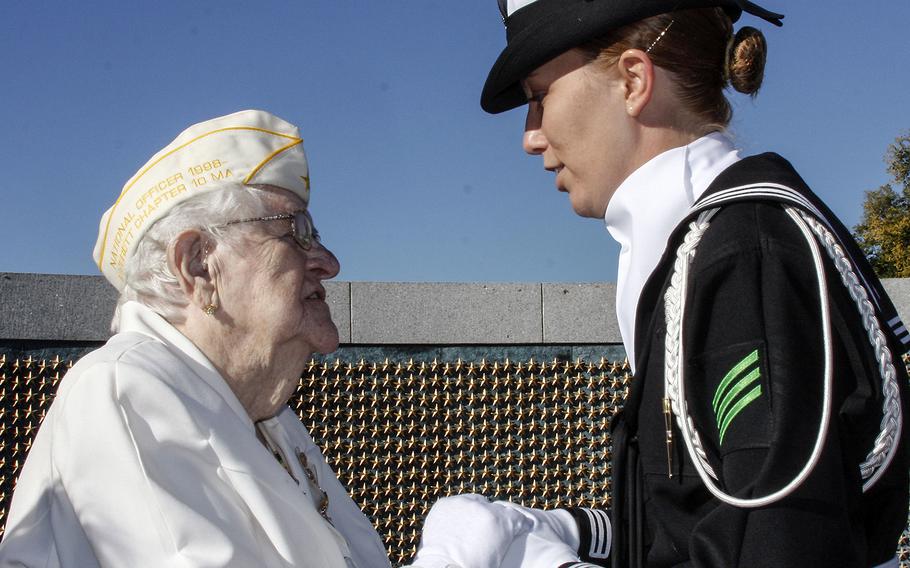 ©Stars and StripesWashington, D.C., November, 2010: Gold Star Mother Florence Johnson of Boston talks with Airman Debra Gould of Cary, N.C., after a Veterans Day ceremony at the National World War II Memorial. Mrs. Johnson's son, Edward L. Johnson, was killed in Vietnam on August 27, 1967. Every year on the fourth Sunday of September, those whose relatives have died for their country while serving in the military are honored on Gold Star Mother’s and Family Day.