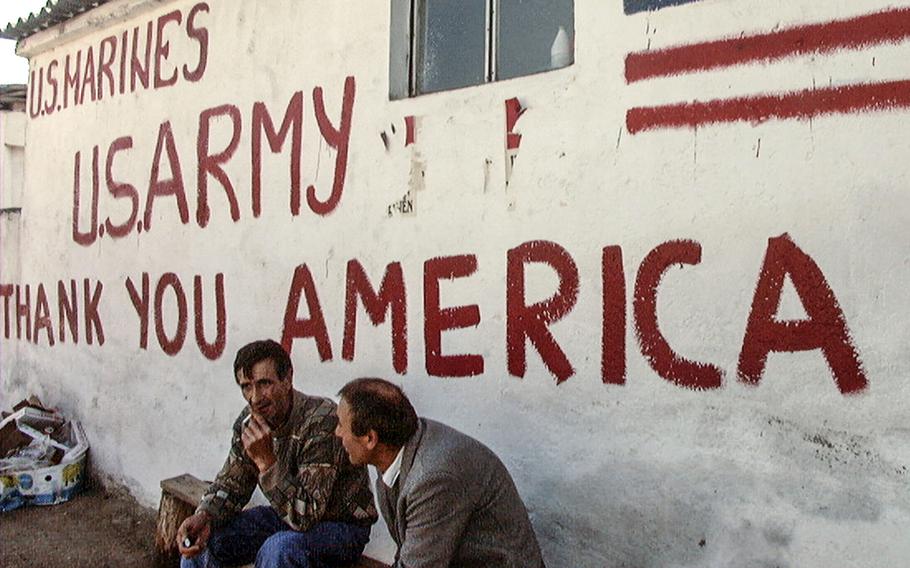 Jason Sandford ©Stars and StripesGnilanje, Kosovo, October, 1999: Two ethnic Albanian men sit beneath an expression of thanks for the American military presence in their town. U.S. troops had recently been shuffled in the U.S.-controlled sector of Kosovo to focus their presence on Gnilanje, a city of about 15,000 people that had the largest ethnic mix in the sector and the biggest potential for violence.